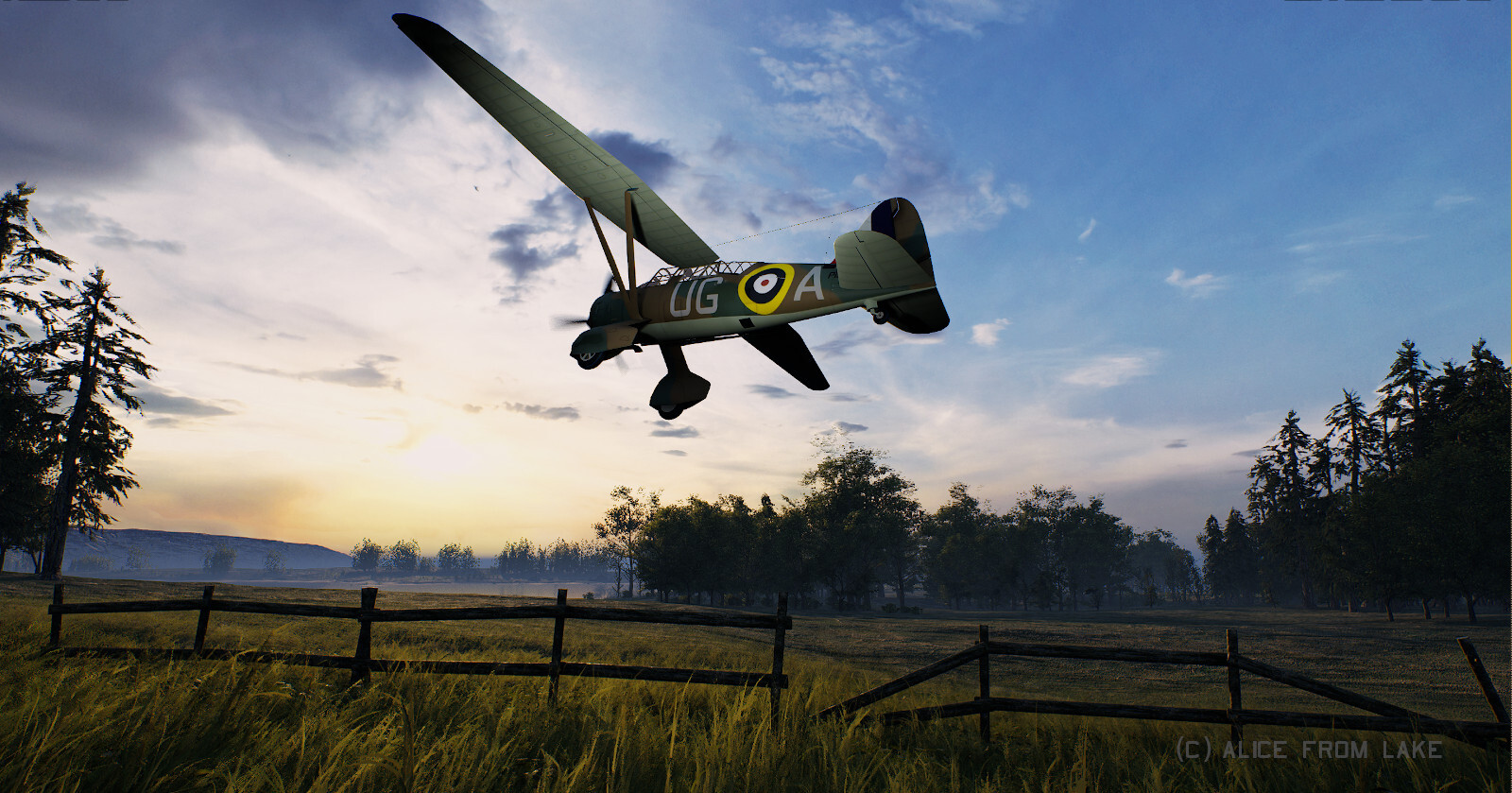 A Westland Lysander on a secret mission somewhere in Europa in ww2 in dusk. This type could use improvised airstrips everywhere behind enemy lines and was perfect for clandestine operations. Made with Unreal Engine.

Absolutely awesome picture! Though I knew the Lysander since I was a Boy (by assembling a plastic model) it was just recently, that I realized, how big that Bird actually was compared to the average general aviation planes of today. And though some called it "the Storch of the Britain", and it shared similar dimensions, it has a much more bulky appearence than the Fieseler Storch of the Germans (probably as well by the huge radial engine).

I've spent years looking for a virtual Lysander. And you've created a brilliant render of one. Simply great. The navigation skills of Lysander pilots were breath-taking, and they number among the most courageous airmen of WWII!