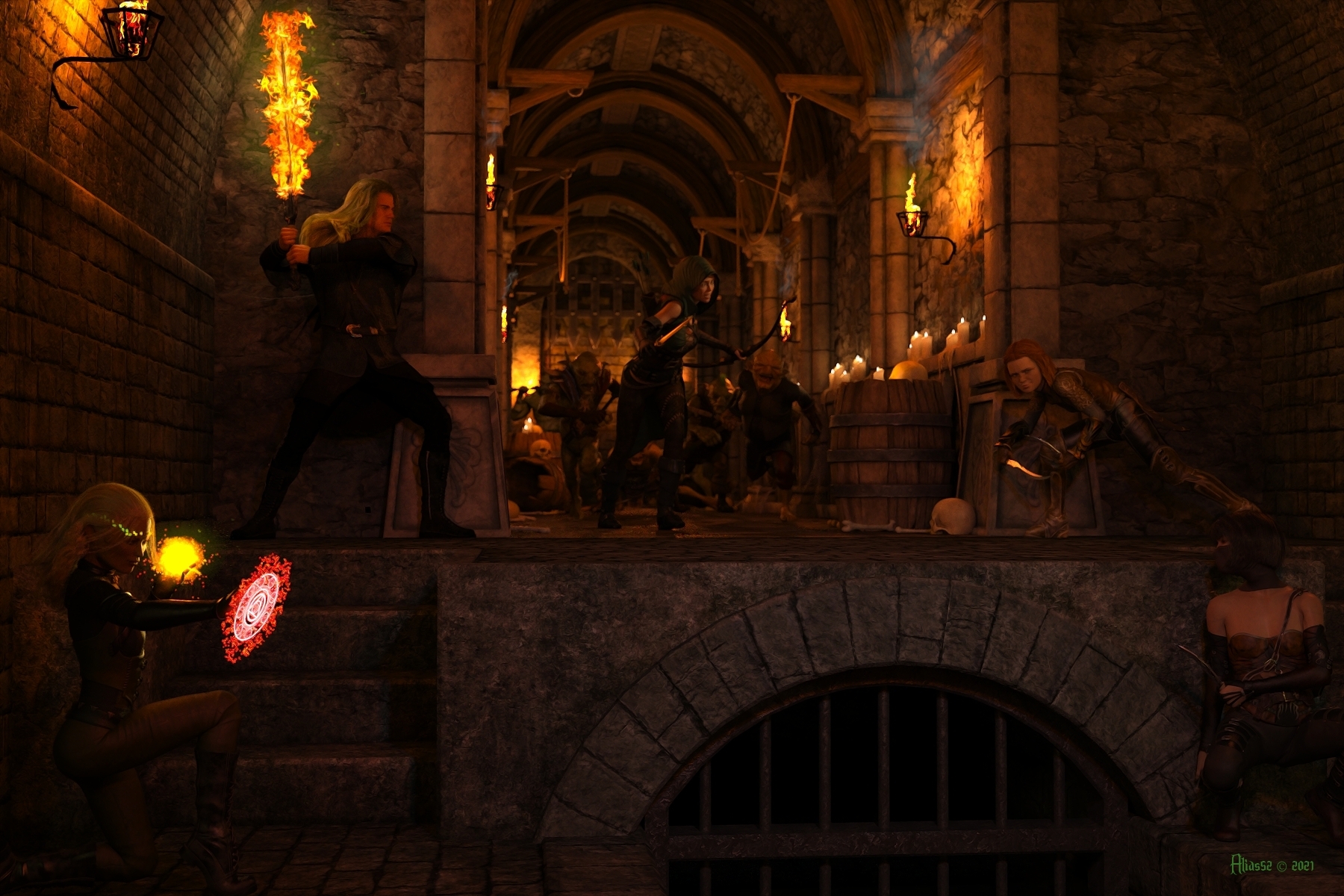 "Remind me who sent the ranger in to explore a dungeon," muttered Jen, as the sounds of pursuit echoed towards them. "That would be Captain Fancy Pants over there." sniggered Eleniel, "Apparently, it escaped his notice that we had a rogue in the party..." Berthelm glared at the girls. Ever since the misunderstanding at the inn, they had been teasing him at every chance they got. "Look, you know she wanted to go," he whispered, glancing despairingly at the mage. Laeriel sighed, as she prepared her magic. "Leave your cousin alone, Eleniel," she whispered, "you know his britches cut off circulation to his brain whenever Amber is involved..." Berthelm stoically prepared himself, feeling the rising blood in his cheeks, with the barely supressed giggles of the girls ringing in his ears. How did he end up here? What kind of joke was that Seer playing? Why couldn't she have warned him that he had a half-elven cousin? He braced himself, as the sounds approached. The girls focus snapped into place in a heartbeat. Teases they may be, but gods, they were scary when they wanted to be! Back after a lightning strike fried my internet. This part of the story brings a few familiar faces back together.

Ondine For Genesis 8.1 Female
By Colm_Jackson

Great battle scene! Like the lighting, you have achieved!

Thank you! It was a lot of fun, but my computer definitely didn't agree!

Incredible battle scene, one the very best I've ever seen.

You are very kind to say so! I do love a fantasy scene!

Love this new image, which has become breathtakingly beautiful!

Thank you - you are very kind!

Thanks - I really enjoyed doing this one.

Wonderful back story and a most detailed and lovely render. A very fine job.

Thank you very much. There were a few more things I wanted to add but my computer disagreed! 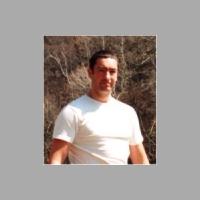 Thank you! I certainly had fun with these characters!

This is the kind of moody, fun scene I'd like to create, but never quite get there with the lighting and effects; this is Dante meets GOT, and is a delight, as is the fun tale accompanying it

Thank you. It was a lot of fun t do, but left my computer in tears with the render time. Having upgraded my graphics card, I look forwards to doing more of the adventures of this group.

Mercy In The Urban Streets

Mercy On The Roof

Mercy In The Core