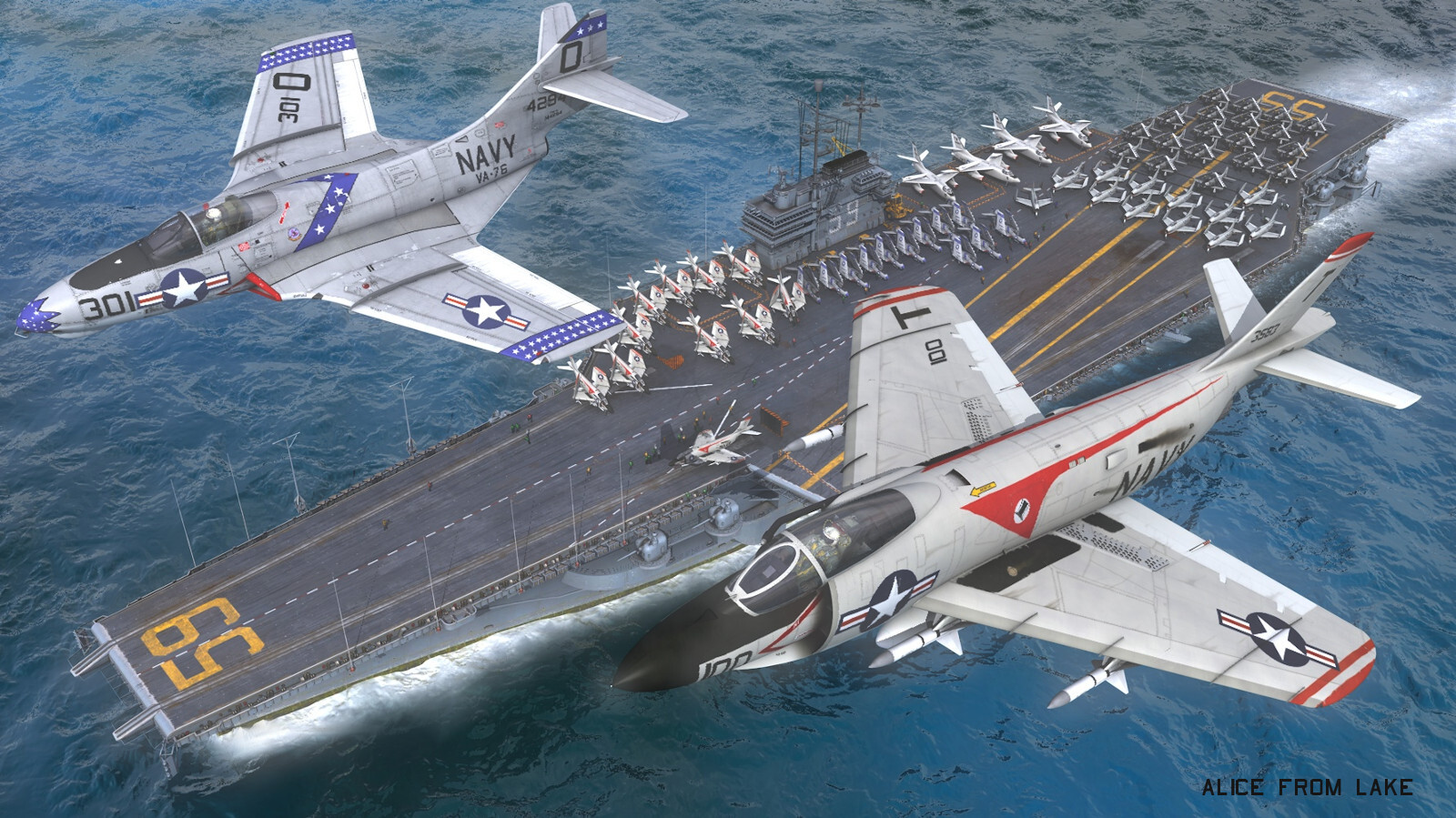 Now we go back to the year 1956 or 1957. The maiden distant cruise in the Mediterranean of USS Forrestal, the first super carrier. I tried to make all as correct as possible with all the gear on the ship and all the markings and the wings of CVG-1. The deck markings were different than today. They were altered with the next visit in a dockyard around 1960. The hook code on the planes was not standard and every wing had their own as you can see on the fins of Cougar and Demon flying over Forrestal. The jet blast deflector was different from later models. The forward guns were removed years later. The main mast on the island was altered too later, with different radars. What you see here was valid for 5 years only (from 1955 to 1960). On deck are A4D Skyraider (VA-15 Valions), A3D Skywarrior (VAH-1 Smokin Tigers), F3H Demon (VF-14 Top Hatters), F9F Cougar (VA-76 Spirits) and FJ-4 Fury (VF-84 Vagabonds). I like the aircraft and the wing markings of these days. They were more colorful than today. That gives more color in the picture than the all gray of modern jets. And, the were more jet types around than the ever same Hornets or Super Hornets of today.

Your attention to detail is nothing short of amazing! And on top of that you present a wonderful visual!!!!! KUDOS!

This is simply stunning.

One of your very best renders yet!! Excellent work.