a friend that died in 1983 by Richardphotos 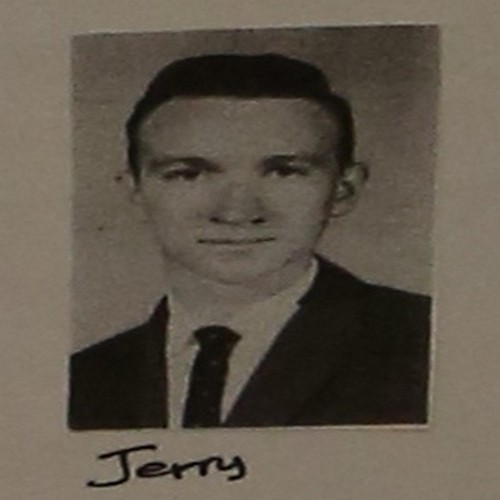 His name is Jerry. we went camping many times. there was an old abandoned house close to where we would camp. we cleaned out so many wasp nests to avoid putting our sleeping bags on them. it was already late and we were trying to sleep. not long after there was a loud noise of something hitting the outside of the house. Jerry asked me, hey Richard what was that noise? I was clueless. we finally got enough nerve to look. it was a cow that had hit some corrugated metal on the wall. another funny story. I would work in stores when there was no one to work. a teenager came in and brought a carton of beer to purchase. I asked him for his ID. he handed me a driver license. I was looking at it good and when I saw the name I told him " you pulled it on the wrong person, because he went to the same school as myself.

Great memories you have. Thanks for sharing.

those are good memories; may you find comfort in them. I'm sorry for your loss.

Thanks for the wonderful anecdotes, and this picture of your old friend.

It's good to remember your dear departed friends. Sadly, I have no picture of Barry.

He sounds like a good friend! I'm sorry to hear of your loss.

Sad we have to lose those close to us.. Sounds like you have some good memories, though.

the origin of Mars

in memory of my departed brother in law

a repost from Oklahoma

on the Las Vegas Strip