Oh boy, those things were big... by fireangel 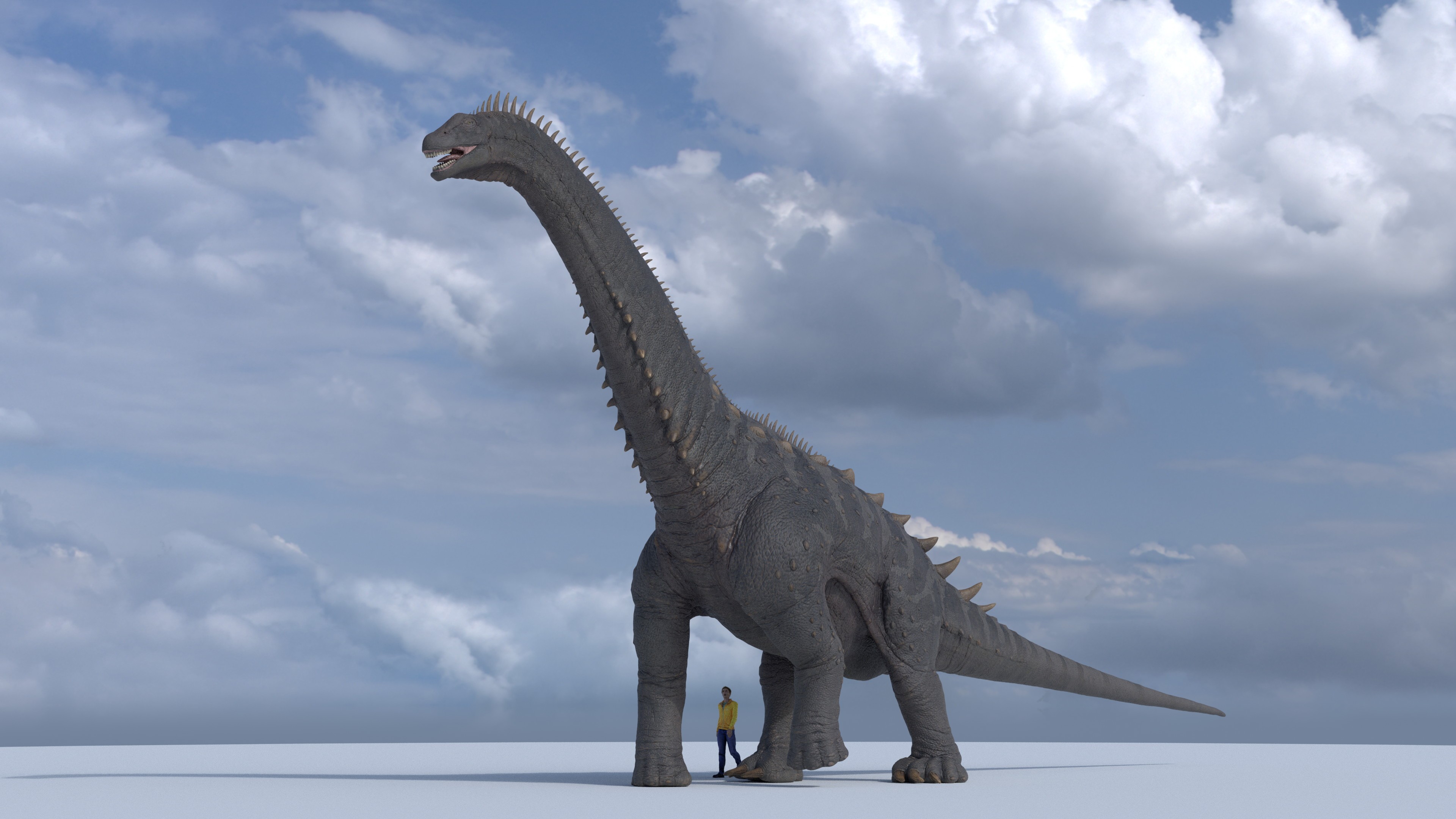 This is an Alamosaurus, named after the Ojo Alamo geological formation in New Mexico, where the first fossilised bones were found. The man walking alongside is the default Genesis 8 Male, six feet tall, or 1.85m tall if you prefer. Alamosaurus is known to have been one of the most common dinosaurs of its era, and by far the largest creature living in what is now North America at the end of the Cretaceous, when T-Rex was the dominant predator. So this is Tyrannosaurus food, and there is plenty of meat on him for quite a few of them to feed. Because of their sheer size and the spikes they would probably have presented a challenge even to a Tyrannosaurus. They also wandered around in large herds, so the T Rex would have been facing quite a few of them. With the mass of their tails they could use them as a weapon and if they hit one even a T Rex would have suffered a number of broken bones from a single strike, a deadly outcome. In spite of this some skeletal remains have been found with T Rex bites in them, indicating that they did manage to kill full grown Alamosaurus fairly often. I know people and these things never met, but putting the human in really helps you to properly visualise how big they were. This image was made for a friend with a child currently studying dinosaurs in a biology class. Apparently he used it in a class presentation and it went down well. Sorry I have been largely absent here but I have a ton of work on; once things calm down I hope to catch up and do some more commenting.