Return to the Mountains of Madness by rps53 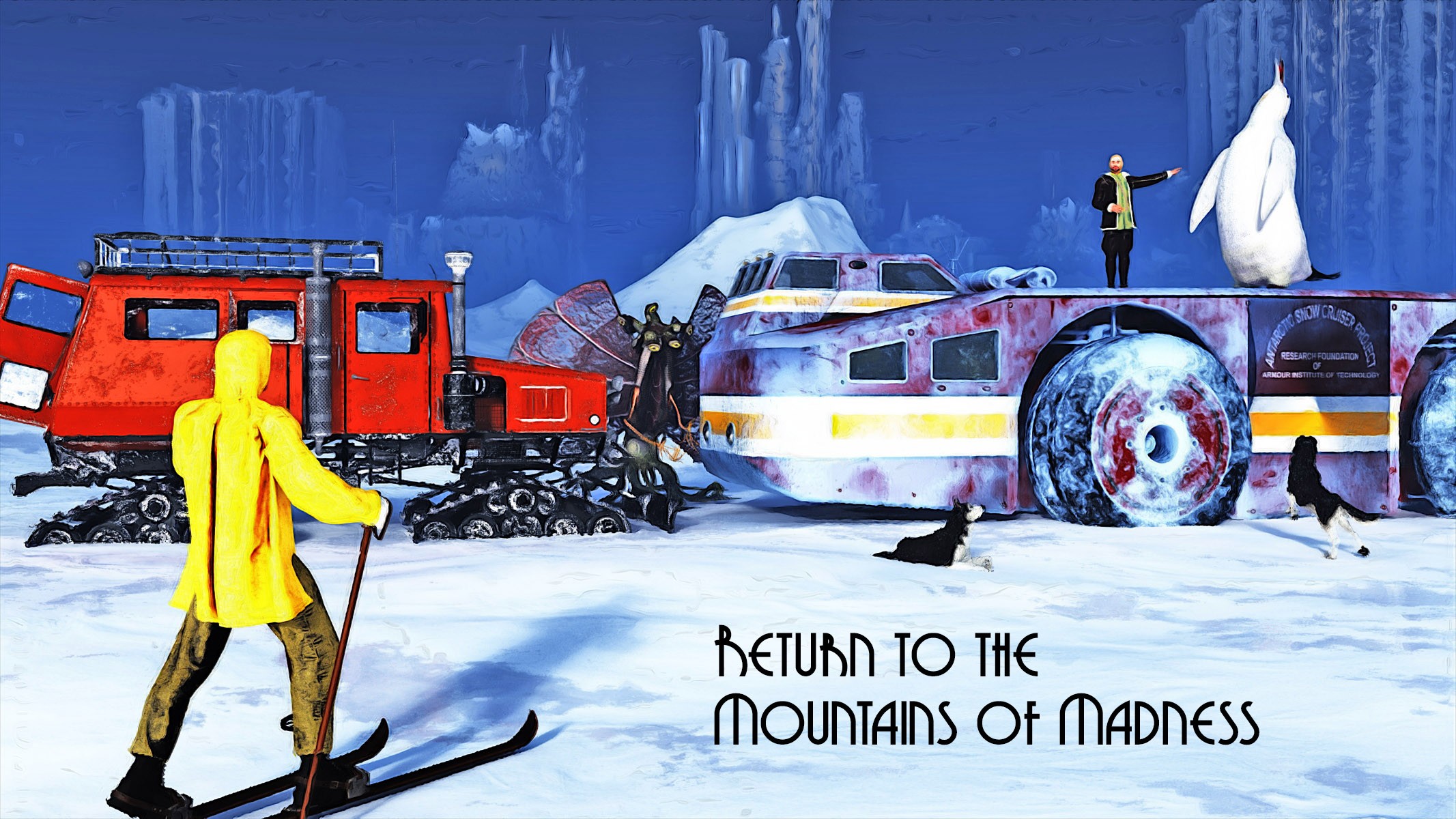 David Brinnen's "Arctic sno-cat" was on sale at DAZ3D recently. I was comparing that to Cybertenko's "Snow Cruiser", with which I did a few "Mountains of Madness"-flavored renders in the past. So I continued the tradition. That H.P. Lovecraft novella includes giant albino penguins, which I have depicted here. It is never explained how penguins, which pretty much all find food in the ocean, evolved a separate cave-dwelling branch that lives at the top of Everest-sized mountains. The model of the "Elder-thing" (featured in the same novella) is by Sixus1. Figures in Poser, rendered in Vue, postwork in SDFX.

In The Pool Locker Room (Version 2)

In the Pool Locker Room (Version 1)

The Shadow Over Innsmouth Returns