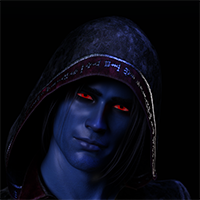 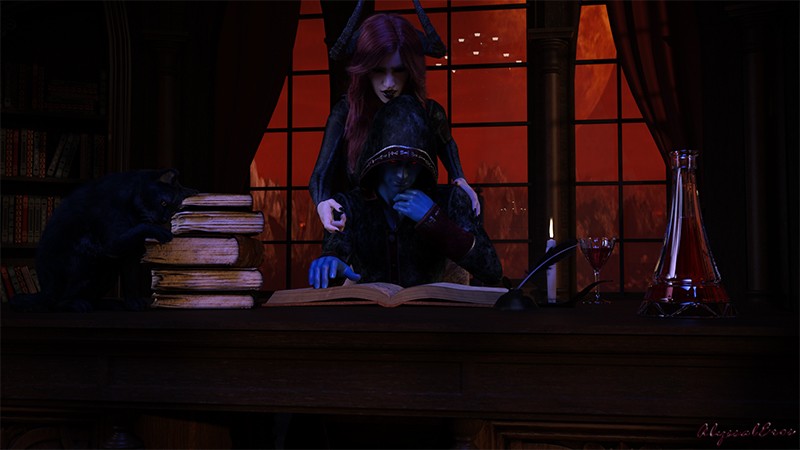 The Ranger Demoness and her Companion by AbyssalEros 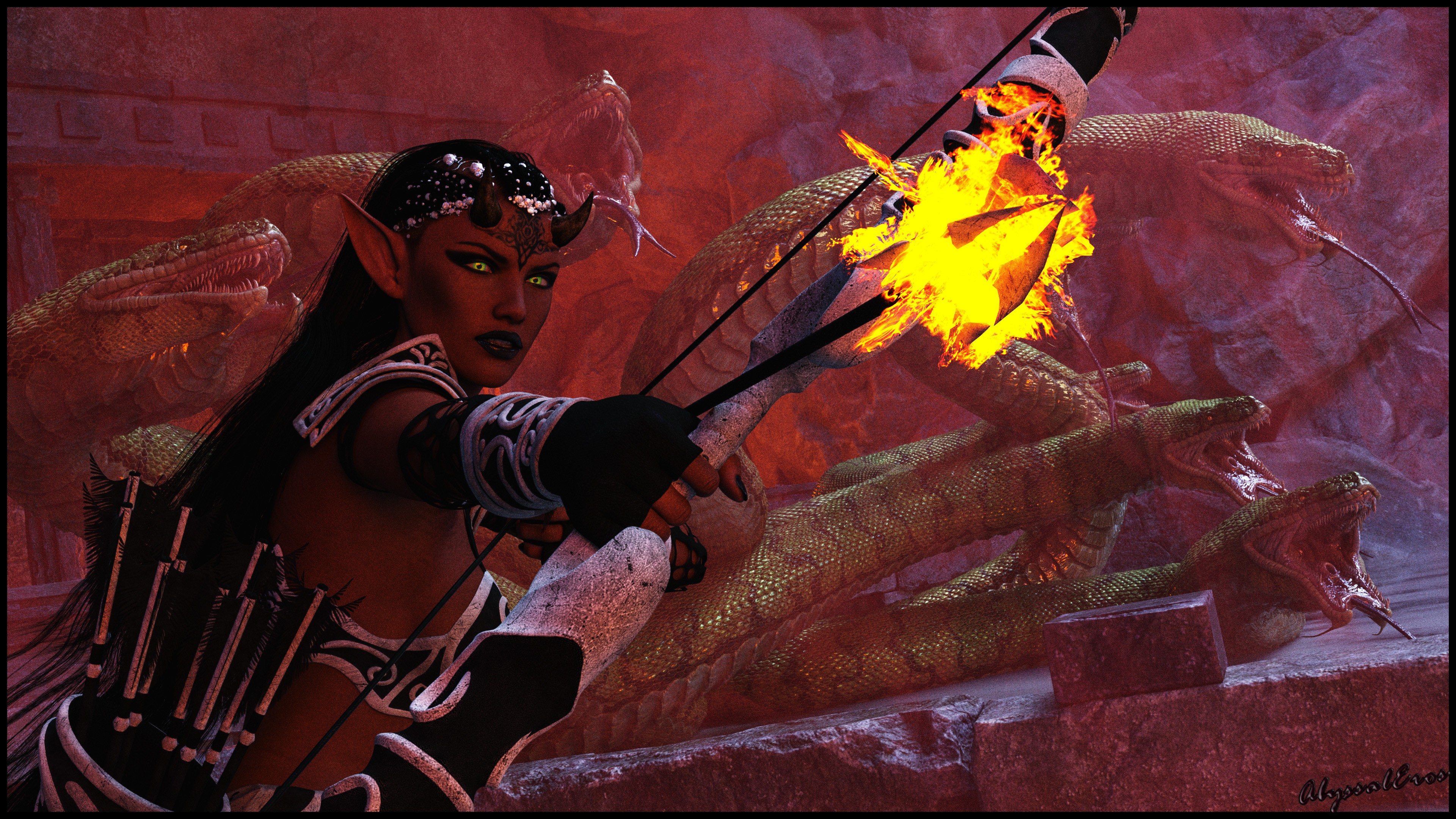 She is one of the Undying. One of the Tempted Ones. A demoness. That’s what the humans called her, and worse. Since she can remember, she was always on the run from their vileness, until one day, many seasons ago, she stumbled in the Wilderlands upon an elderly priestess — half-blind and in need of help. Deeply covered in her worn cape, she took the hands of the old crone to guide her along the passage of her pilgrimage to some sacred temple high in the Forbidden Mountains, her final destination. All along the route, her hand trembled more than the withered fingers of the old crone, fearing that her true nature might get discovered, while the elderly priestess chatted her up all along the way, wiggling more and more personal information from her. Before she knew it, she had opened her heart to the soft-spoken priestess, telling her more about herself than she ever thought she would tell anyone. Still, she feared to tell her about her blood heritage. And while she was awfully close to giving even that last secret away a few times, she kept that detail out, fearing the old woman would panic if she learned about the demonic nature of her companion. Moreover, she did not want the half-blind and withered priestess to be on her own in the mountainous wilds. And thus, she decided to stay silent and bring the old priestess to the pilgrimage site she sought to reach. When they finally climbed the last mountain pass, a colossal temple fortress arose in front of them, carved into the face of the mountain untold ages ago. „This, my dear, are the Gates to the Vale of Eternalness. Beyond them lies my Realm!“ Dumbfound, she turned around and stared into the tender eyes of Sunaya, the Goddess of Scales, Mother of Life and Death. „Fear not, my child, from now on to the end of all times, this will be your home — if you wish so!“ Many years later, the humans still call her a demoness, and they still fear her. However, meanwhile, she is the Guardian Ranger of the Vale of Eternalness, denying anyone access to the Realms of the Goddess Sunaya, who is not worthy of her love.

Road Trip of a Witch

Confrontation at the Lost Temple

A Day at the Beach

Deergirl of the Northern Woodlands

A Face in a Name