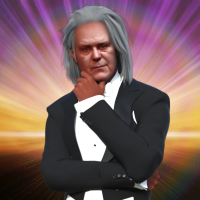 One Cat Night by IAmNobodySpecial 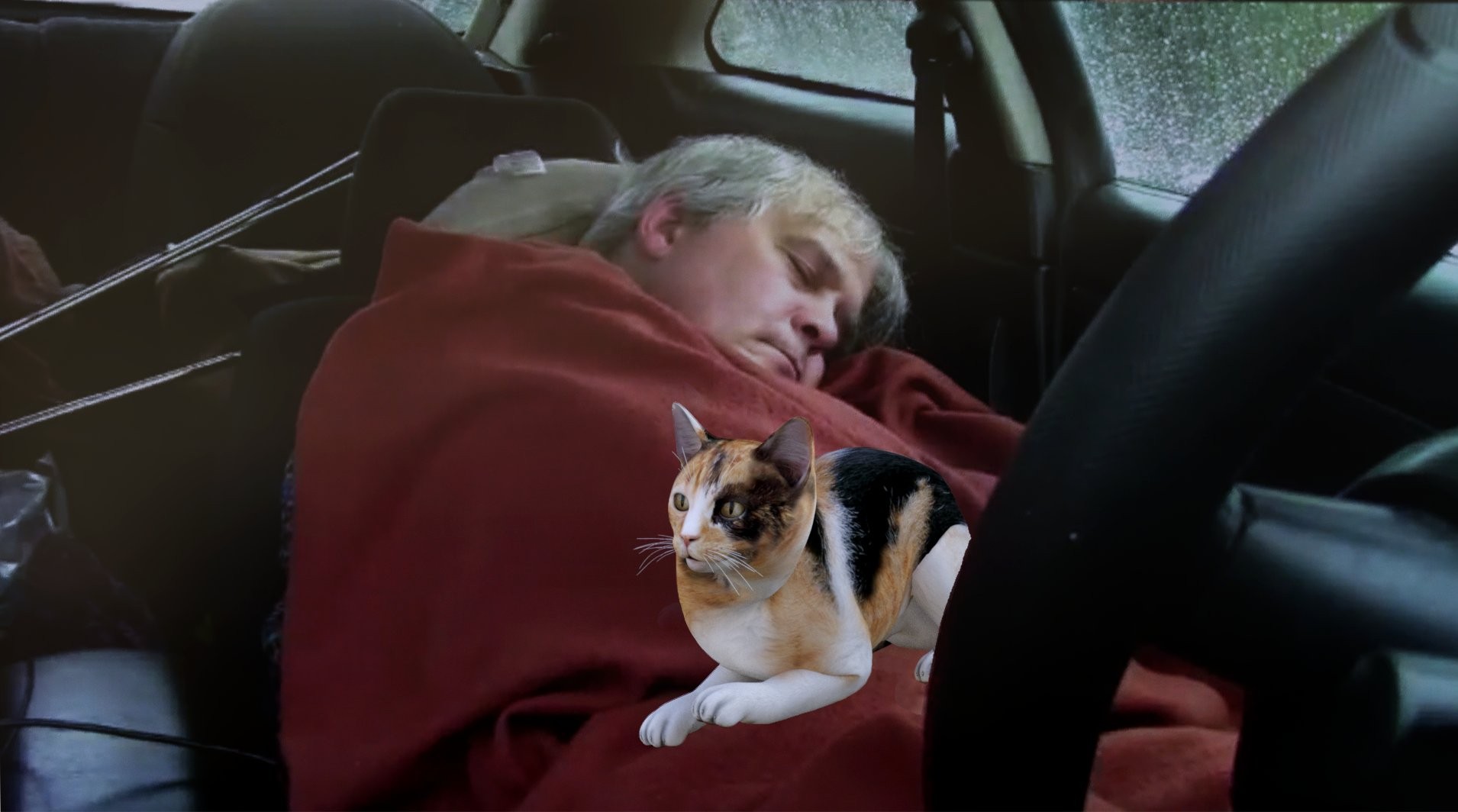 Minnesotans spare no time, effort or expense helping homeless animals. But they do nothing (off-camera) for Minnesota's 20,000 homeless human beings. They built a state-of-the-art football stadium for a privately owned football team, instead. That demonstrates where their priorities lie. Speaking of lies, using words (not actions), Minnesotans publicly claim that they care about homeless human beings - especially when they are running a campaign for public office, or seeking public funding for their ineffective social service organization. Sometimes Minnesotans will film me sleeping inside my car for their own personal entertainment, or they will call the police because I am commiting the crime of sleeping. Then I am awakened by a loud "knock, knock, knock" on my window and a powerful flashlight shining straight into my eyes, before I am asked to show the officer my papers. The officer never asks the vicious, mean-spirited astateophobe who called the police to show their papers. NEVER. I lost all my pets when I became homeless. Minnesotans helped me to find new homes for my pets. But they did nothing to help me find a new home. One pastor of a Minnesota church that is warm and empty every night even told me, "Maybe we'll see your stuff on 'Storage Wars'!" when I asked for help. Over the subsequent months after that, I lost nearly every possession I had worked my entire life to earn. Sometimes I dream that I have a cat. Because cats are more sincere and humane than Minnesotans. ---- Image combines Daz House Cat with a frame from my video, "Christmas Special: 2 Hours of a Homeless Man Sleeping in His Car"

Sorry to hear about your condition, my friend. I would try to find a live-in caregiver position. Right now everyone is trying to hire help offering a lot to start off except nobody applies. Try to get a room at a cheap place, at least once a week, if you can. Treat yourself good for one night.

Oh, I have a full time job and could get a place to live. The problem is, the state of Minnesota refuses to enforce its own ordinances and laws against tenants terrorizing and tormenting their neighbors (unless it happens to a public official or their friends/family), and Minnesota is famous for that kind of passive-aggressive behavior. So getting a place to live here is like deliberately condemning yourself to torture that you're locked into by a lease agreement. Thanks for the comments though! 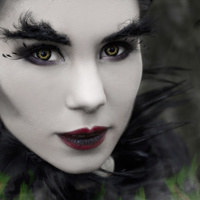 Move my friend. If you can. Even in NZ there a homeless people. With no money or job. There was a woman who lived in the bus stop up the street.... I always cooked dinner for her as well, took her clothes and blankets. Not because I had too, but I wanted too. I even offered her the spare room in my flat, but she said no. I didn't want to tell her what to do.. just help her find herself. We make our own choices, despite the lack of help or stupid governments. Don't be angry, just change the situation.. I finally did, though mine was a different. I did though have a nasty neighbour though.. she drove me crazy. LOL and I broke my foot trying to kick her. She tried to kill my ex and was a nasty nasty piece of work. At 3am had music and tv playing so loud I could not sleep...

Thank you for your comment and concern. I do appreciate it, and I'm sorry you had to go through that type of home invasion yourself. As a professional who has no family, however, the solution in my case is far more complicated than simply abandon my obligations and "move". My YouTube channel has spent 6 years and 250+ videos explaining this. For example, I would have to commit several felonies to comply with legal requirements just to re-establish mysef in another state in the exact same awful situation I am in now. And that is only about 10% of the problems with moving as a homeless professional. If I wanted to be a homeless bum living off the government I could probably do that. But that's not what I spent my entire life working hard for. I have never accepted government welfare (including COVID stimulus checks, which housed people gladly accepted without concern for the larger consequences to society, according to the Law of Supply and Demand). I WORK for my money. The American legal system has effectively outlawed homeless people - and outlawed their only options for escaping it legally and with their freedom and dignity intact. A gargantuan criminal racket has evolved to exploit homeless people for housed peoples' gain - always off-camera, deliberately ignored by a complicit news media. Hatred of and unprosecuted violence against the homeless in American today is comparable to 19th century American racism. Frederick Douglass and George Washington Carver had FAR more sincere advocates to help them, than homeless Americans do today. It's disgraceful to the point of a crime against humanity. Watch my video "A Homeless Man's Challenge to Colin Kaepernick" to see just a portion of the absurdity and injustice we face.

"I hate this stupid job"

A Shadow in the Flash

Some Things Will Never Change

Lara on the runway

Santa Claus on His Days Off