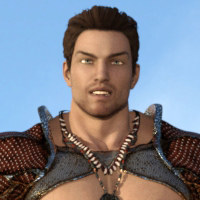 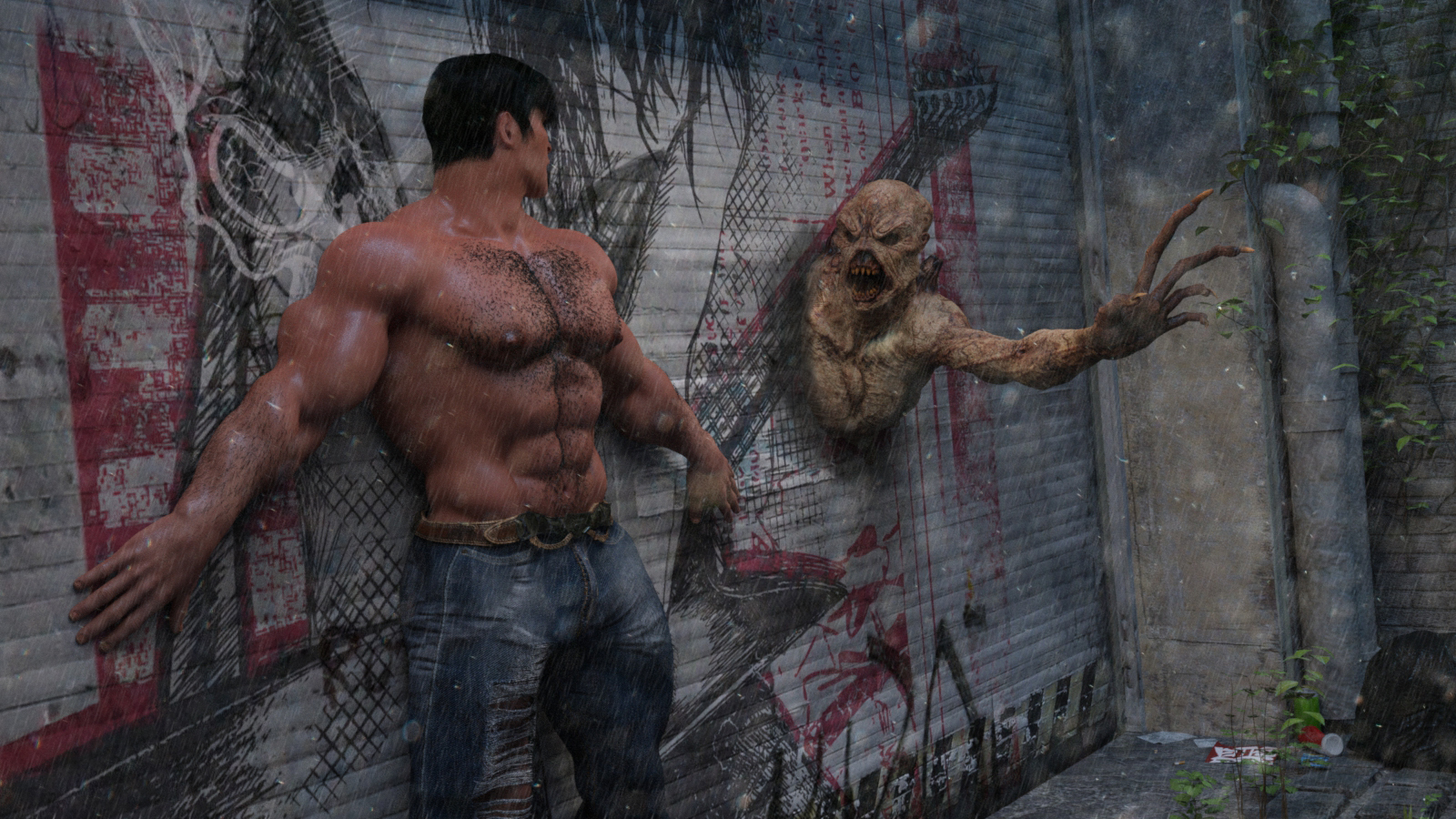 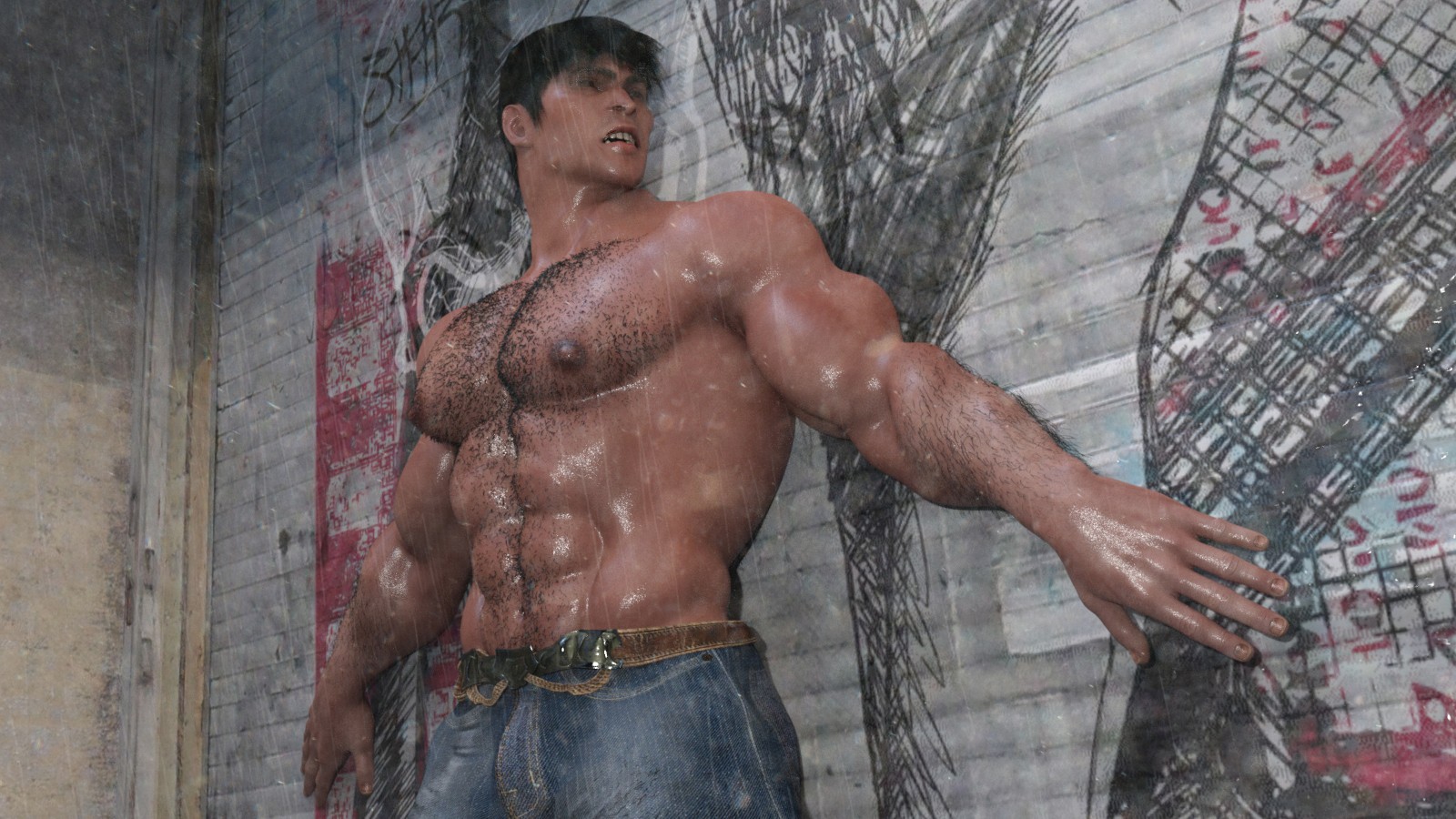 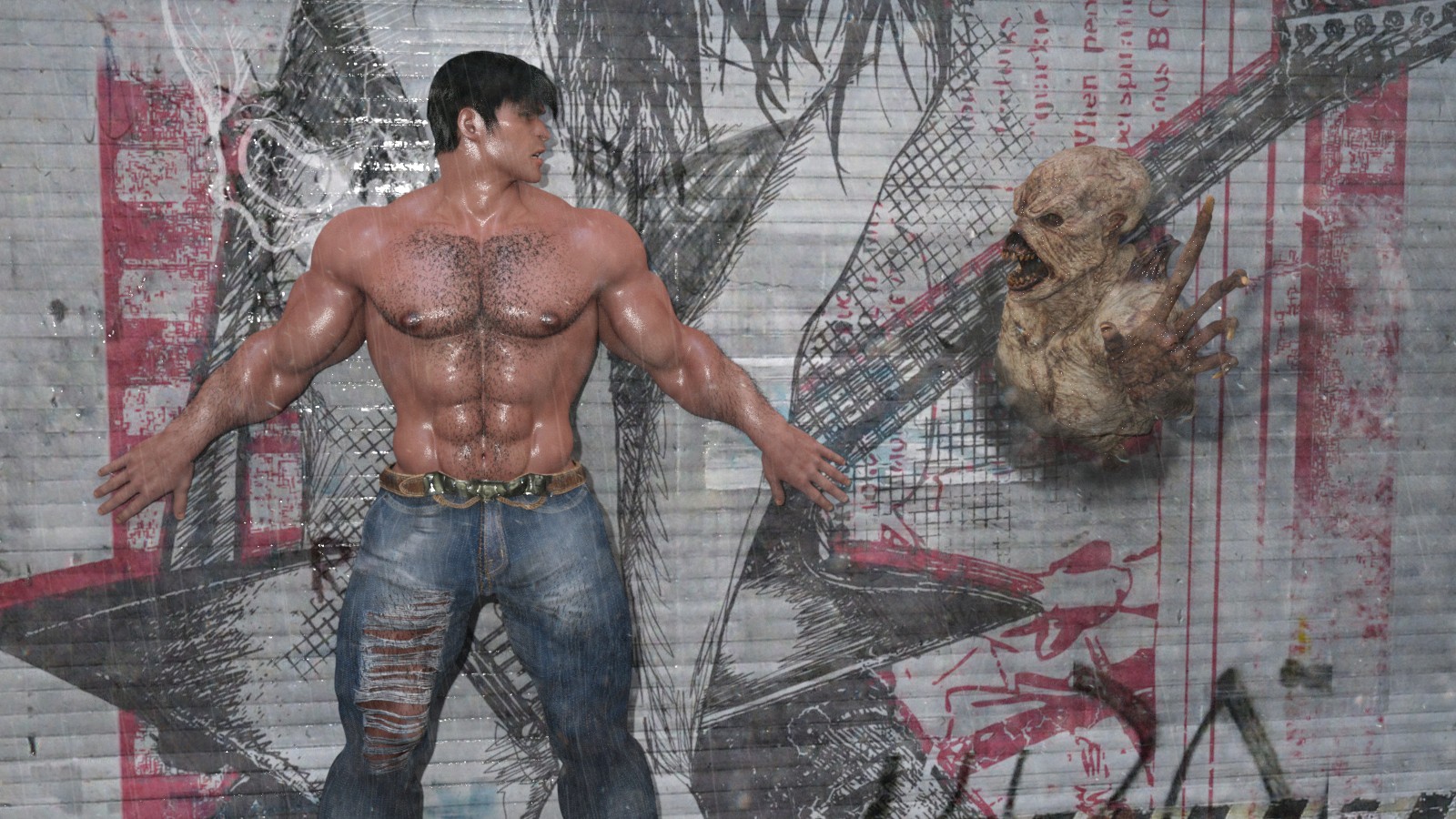 First i thought about some action, like in a mafia-story, but i didn't want to give him a gun, only standing at the wall, carefully watching what comes or happens. The alien / monster and the rain + the wet skin was a later idea. If you have a story for this, so please tell me :-)

Fantastic effects and scene! The creature is his other self. He is like Dr.Jekyll and Mr. Hyde. He was skinny, scrawny nerd who took a formula to turn himself into a beefcake, but the side effect was sometimes he became the monster. When he made an antidote, the creature was separated and went on a rampage! Here he is trying to grab the creature so it is reabsorbed into him, so that its spree of terror will be stopped! Within him, it's more under his control! I hope you like the story! Great image!

That is on creepy creature. Great POV and posing. Rain looks amazing. Excellent job on detail and setting the mood here

The mirror of the truth