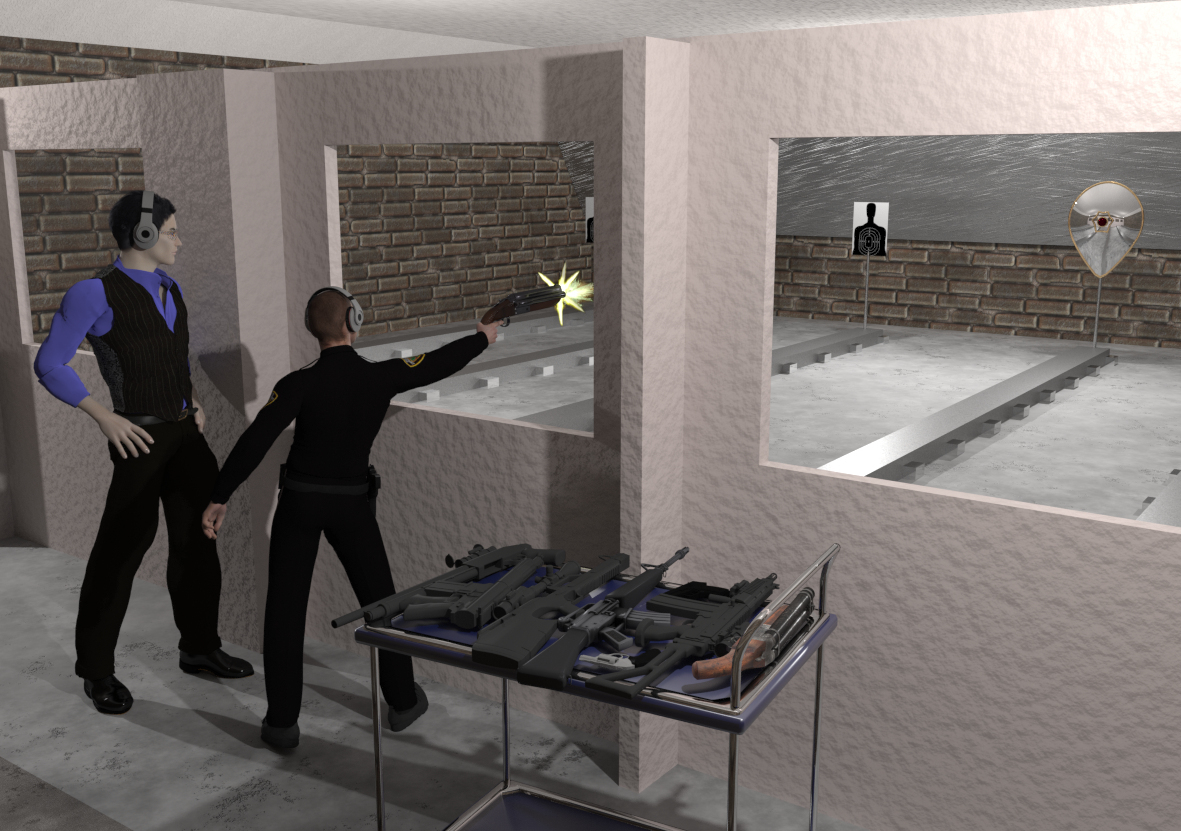 After talking with Connie and Kat and deliberating on it, I decided it would be better to know what could penetrate mithril. I'd gotten lucky last September that I summoned both my shield and armor. I don't normally use both, and I don't fit completely behind my shield. I could have been shot. "The army has more firepower," Mitch said as we waited for Sam in the firing range. "If I run across a bomb, I'm not sticking around to see if my armor will stop it. It isn't fireproof." "It burns?" "It heats up enough to fry me." Mitch picked up the shield and almost threw it into the ceiling. "That's a lot lighter than I expected." I nodded. "It's lighter than any other metal, and it's supposed to be impenetrable. It's part magical properties and part elemental structure, or so I've been told. I'm no expert on this stuff." Mitch hadn't stopped examining the shield. "This is amazing." "It is." "May I?" Sam asked, entering. Mitch passed him the shield. "Wow, that feels like I could bend it like foil." "Try it," I challenged. Sam chuckled. "No. I know better." We set up the shield as a target and shot it with several different caliber weapons. None of them even left a scratch. Then, Sam brought in a box from the evidence room, including the gun that Duncan had been using. We tested them all. We still hadn't scratched the shield. Some of the officers had come in to see what we're doing. Most stayed, impressed. "It's too bad we can't get riot gear made from this," Mitch said. "There isn't enough of it," I said. "You'd be fighting with every other precinct plus every branch of the military for it, and no one knows how to refine it. I'm lucky to have repaired mine." Mitch grinned. "What about the armor your army used. Can we borrow it?" "Those that had it, were wearing it when they disappeared. It's gone." "It was kind of presumptions anyhow." "Besides, most of you are too small to wear it. Humans are, on average, shorter than elves. I'm average height for an elf and small for a soldier. Most soldiers were taller than me." "You were short?" "Average. They just wanted taller soldiers. I was lucky to be accepted." "I'd be interested in doing other tests, just out of curiosity," Sam said. "But I don't think you’d trust us enough to allow that." "It's not that I don't trust you, but there are others I don't trust. My armor is my main protection from humans who would like to exterminate the last of the elves." "And studying the metal would show its weaknesses. I understand." I sent the shield away. "Thanks." Mitch grinned again. "A chance to fire every weapon we have in the station? No problem. Let me know if you want your armor tested too." Mitch was a gamer in his off time and loved first-person shooters. As he tested some of the weapons, he quoted catchphrases or made comments. I stopped by Thompson's office on the way back to my desk. "We’re done. Thanks." Harris was there. "Can I see it?" Thompson nodded so I summoned the shield again. "How did you do that?" "A between dimensional pocket is the best way to describe it. It's between the human world and Underhill. Only the person who created it can access it." I handed him the shield. "This thing doesn't feel like it would stop a rock." "It just stopped a triple barrel shotgun." Harris did a double-take. "Do you have anymore this?" "Not in amounts you'd want." I sent the shield away. Harris raised an eyebrow. "How far away can you do that?" "I've never measured." If I had to guess, I'd say it was close to a mile away, but I didn't want to tell him that. "We think we have a lead on that star," Thompson told me. "I sent Robert to check it out." "Good." "Assuming my source was correct and they can decipher the vague directions, we should be close." "I hope we are," I said. I decided to give him a list of spells I could use to find the house from the star. And maybe then, Thompson would be able to locate Lorraine's phone.

Nice new chapter! An excuse to play with big guns... yeah, I'll bet they didn't mind a bit. Again, best wishes for s a safe, healthy and happy holiday season to you and your loved ones!

I'm going to have to give them a couple safety violations. Firing at a metallic object on the range, and there's a gun on the table facing the wrong direction. Where's the range master, he's running a sloppy range?

Yeah, and there are probably some other violations too. Unfortunately, when I was looking into ranges they seemed to be more concerned with masks and social distancing than with gun safety, at least for what they had on their sites. But fortunatly, no one was hurt this time.