A Sweet and Innocent Friendship by CoolDimension 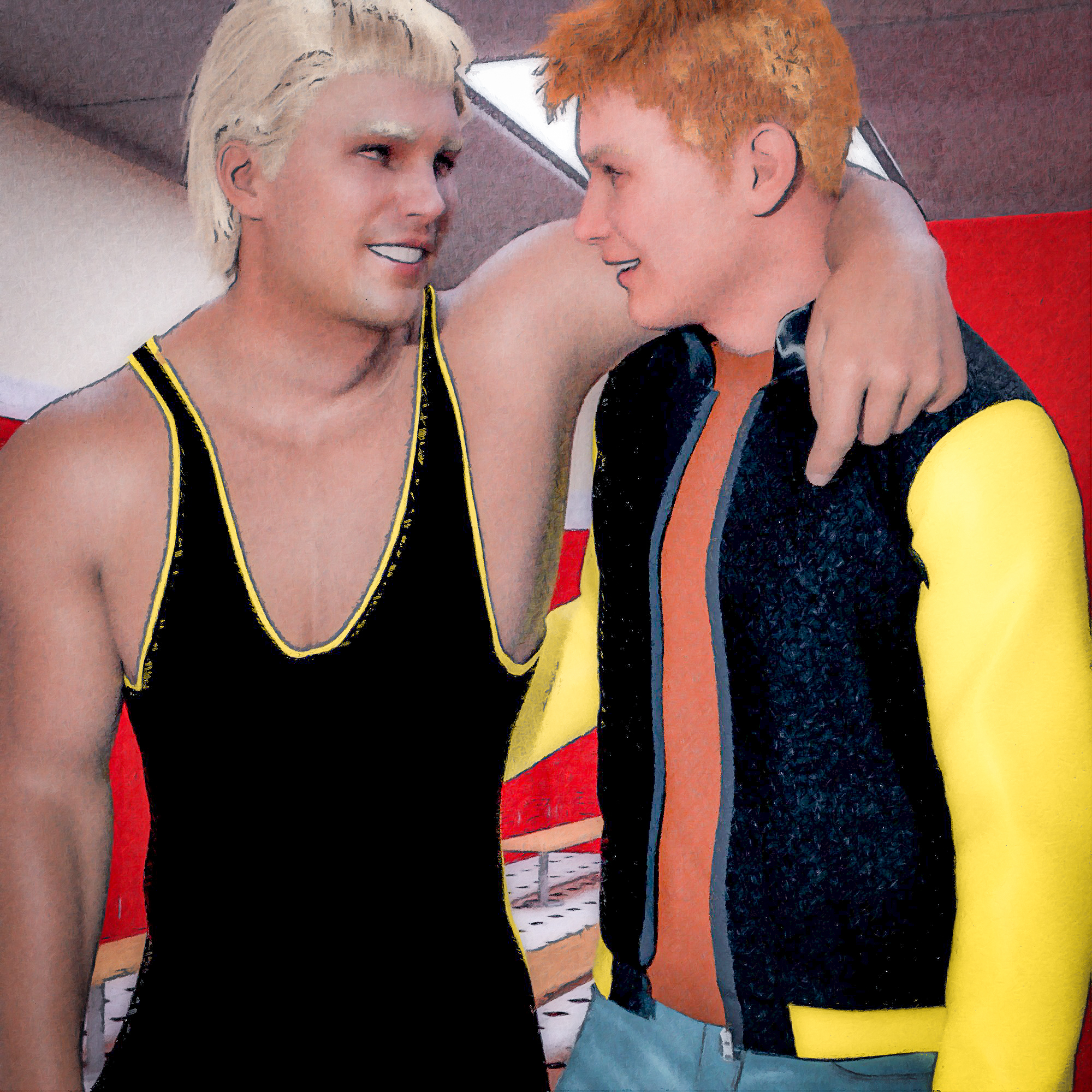 Because of his grades, He was going to be cut from the wrestling team very soon. He would never pass the test, that was true. Then, Andrews came to his rescue. He promised to help. but even more, promised not to laugh at him or act superior, like his so called "little buddy". Long nights studying together soon caused a friendship to grow. There were sleep overs, and between the many pages of study, secrets were told and fears revealed. His nightmarish haze of dyslexia and Asperger syndrome seemed to dim in the presence of his new friend. He passed his test and won his wrestling matches. He Loved his new friend. Their friendship was sweet, chaste, innocent and pure. Unlike his girlfriend, Andrews demanded nothing from him but for him to be himself. But, others grew very jealous of this budding friendship. Three jealous girls and an always hungry best friend conspired, spread rumors and worked hard to end it all. and soon a beautiful friendship was destroyed forever.

Well that was a super sad ending to that story

Even though the rumors were mean spirited and seemed to do much damage to the friendship that they had for each other...the truth was revealed soon afterwards. They both came to realize that a friendship like theirs was worth having and protecting, against those too envious of others.

Bad Karma eventually caught up to the three jealous girls that had spread the rumors...they ended up homeless and unable to find much success in life. The hungry accomplice that tried to destroy their friendship also ended up not well...for now he found it an everyday challenge to feed himself, also homeless and begging daily for a bite to eat!

I found your render fantastic! I also found your story amazing with the exception of the end, so I put my own twist to it...Sorry buddy, I keep hijacking your stories...but Its all for fun with me! "LOL" :-) I may have made their punishment a bit too dark, but they had it coming to them!

You are not hijacking anything. I am very happy anyone looks at my pictures and little stories and thinks or feels anything about them at all. It's a great honor to hear you even gave them a thought or moment in your day. Thank you for the kind comments and encouragement.

I like JohnnyM's addition to your fine but sad story! Johnny sure has a most excellent creative mind! I have drawn much inspiration from his comments too! Love this image! The characters look great and so happy being friend together! Too bad there are those so jealous of other one's happiness that they think they have to try and destroy it! Many many fine kudos and praises from me to you on the most superb creation! Easily a 5 star rating from me!!!!!

It's a wonderfully done image for a sad story!

Thank you for the kind comments and encouragement.

What a sad story, but a wonderful picture. It's too bad their friendship couldn't survive the jealousy of others.

Thank you! Appreciate it and you viewing it!

Sadly in today's world, outcomes like this are far too common.

So true. Thanks for viewing and commenting.