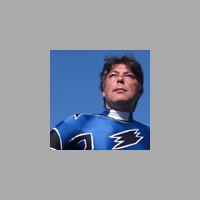 The Visitor II by scarab1 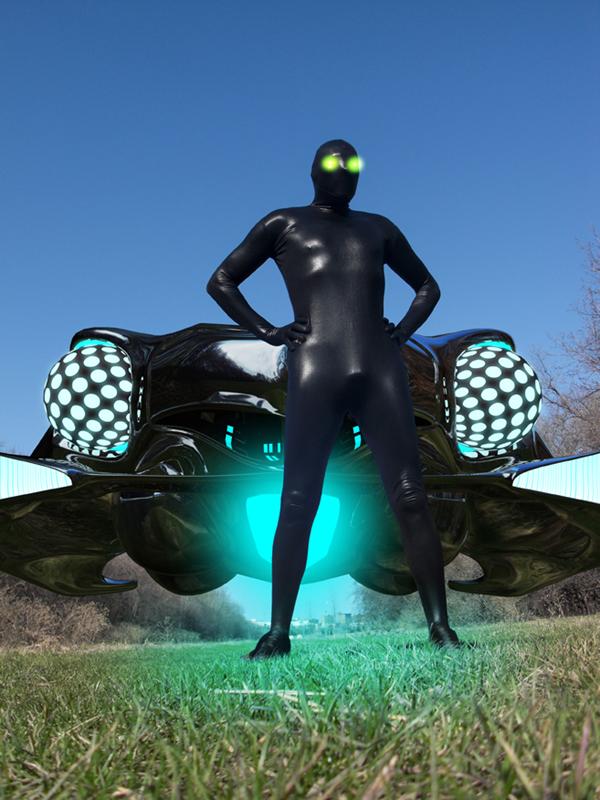 I've been working on a short series of UFO / Alien images using some of my outdoor Zentai pictures. This one is titled "the Visitor 2" 2nd in a series. I love this one because of the realistic reflection on the UFO landing craft. What I did was I went out on another day when the sky was the same as when I took the Zentai pictures making sure to stand as close as possible to where the reflections would make sense for the scene, I took a series of pictures 360 degrees (16 pictures in all) and then created a panorama in Photoshop to get them to fit as seemlesly together as possible. I them importes that panorama into HDRI Shop and created a HDRI image which went into 3D Studio Max to serve as not only my reflection map but also my IBL (Image Based Lighting) map. Rendered off the UFO at an angle & perspective to match the Zentai photo, also rendered out a black and white mask so I could isolate the UFO from the background more easily. I had to do some touch up work on my original Zentai photo like remove my running shoes, lol that's something I'll have to try and remember for future Zentai shots that I plan on doing something interesting to in the future is to photograph without my runners ;). Finally added some glow effects for the ship lights and basically that was it, so the UFO's reflections are real reflections from that actual location!! 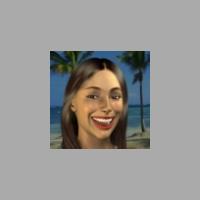