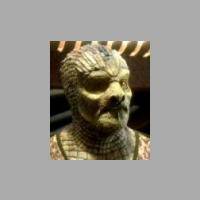 With an ailing BBC Micro B computer and a short textbook on 3D geometry, I created a crude wire mesh landscapeâ€”my first 3D digital world slowly rendered into being in 1986.Â  <br /> Despite the graphical simplicity, the notion of creating any landscape from scratch, albeit empty of any detail, was greatly appealing.Â  Perhaps it was all those wire frame flight simulators written for the 8 bit processors of the day that inspired me. Or was it the 1983 release of the landmark Atari â€œStar Warsâ€ 3D vector graphics game that first sparked my imagination? â€œHow did they do that?â€ I asked. â€œCould I fit one in my bedroom?â€ I also asked. Luckily the game was ported to the 8 bit computer world soon after itâ€™s release.<br /> Nowadays 3D graphics pervade our media. Mooreâ€™s law has advanced this corner of the computing world incredibly and the tools to create realistic looking images have come within the reach of many more of us.Â  One important milestone was the launch of Bryce , using fractal geometry, appeared in 1994 for the Apple Mac and was a quantum leap forward for digital artists.Â  It was an impressive tool for creating realistic landscapes with the kernel created by Ken Musgrave (who later created Mojoworld).<br /> Mojoworld was my first love and now I'm experimenting with Vue. A lot of my renders for Mojo were between 2007 and 2009, so I'll need to add these bit by bit to my gallery. <br /> I'm also the editor for an on-line digital arts magazine called "3D Art Direct", that aims to inspire those who are just starting out in 3D digital art, with interviewing some of theÂ most passionate digital artists aroundÂ (see my blog at http://www.3dartdirect.com/blog) . <br /> All the best<br /> Paul Bussey (Tosk)