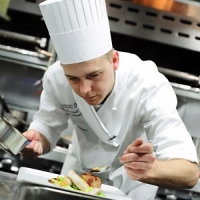 The traditional Japanese cuisine is based on rice and miso soup and emphasizes seasonal ingredients. It encompasses the regional and traditional foods of Japan. It is considered a specialty food in Japan, and a great place to learn more about them. Whether you want to enjoy a simple meal or a full-blown feast, Japanese food will delight you. Here are the best dishes to try: a. Fish (sashimi): If you love sushi, this is the type of meal for you.

Pseudo-Western dishes: This type of dish has a high percentage of dairy, which can be difficult for people with lactose intolerance. Fortunately, most traditional Japanese foods don't include these foods. However, you can enjoy a variety of pseudo-Western foods that have a distinctly Japanese taste. For example, Chirashizushi is a traditional dish served on the first and fifteenth day of every month. Other dishes that feature milk and dairy products include amazake, a sweet that is eaten on the New Year's Eve.

During the New Year, special foods are often served as side dishes. These dishes may consist of glazed sardines, grilled fish, or vegetables. During warmer months, mugicha (cold barley tea) is served with dinner. Some people like to cook with manju, a sweet red bean paste, to eat as a cold remedy. Traditionally, Japanese food was shared by villagers, and it's believed to have been central to the development of Japanese culture.