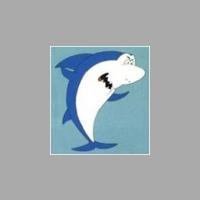 If you're browsing my gallery, you probably are a fan of renders of scantily clad women(and sometimes men) in what I hope are semi-realistic scenes. Â Although I occasionally do a fantasy/sci-fi render, I like my stuff to look like something you'd see in a photo in a real magazine. Â This gallery is almost entirely done in Daz Studio using the Reality 2.0 plugin with LuxRender.<br /> A bit of background on me. Â Anyone over the age of 30 or so, who is a fan of pinups/nude models have probably heard of the place where I got my start in this whole scene. Â I started out on IRC on Dalnet in the #SWA and #SDC channels. Â Anyone who has seen a Scanmaster, HarliSWA, HitmanSWA, HitmanSDC, Trex, etc etc scan has seen work done by one of my co-horts. Â I was an Op in #SDC for years and scanned under the names BamaScans and Sharkbytes. Â I've since lost contact with my old friends in the scan community; so, if anyone has any information as to whether #SDC or #SWA are still in existance and where they call home, I would greatly appreciate you dropping me a line to let me know. Â I got into the 3D world back in '06 but just dabbled and rendered stuff for my own fun and education. Â I stopped for a while after the birth of my second child just to no time. Â Now, I'm back in college at the age of 44. Â Studying architecture and CAD gives me a bit more time to dedicate to the world of 3D rendering.<br /> Anyhow, just enjoy the renders and feel free to leave a message, give advice/criticism or just say "hi." Â All comments and ratings are welcome.