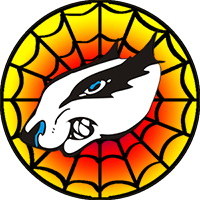 &#160;<br /> Before becoming disabled, I used to work full time at Embry-Riddle Aeronautical University (ERAU) in the New Media department.&#160; The division that&#160;I was&#160;in charge of is the Extended Campus, which works with students learning online, and at over 130 learning centers throughout the world.&#160; I was at ERAU for five years.&#160; Prior to that I had my own business for 20 years.&#160; I've been in just about every aspect of the computer industry.&#160; I started back before there were even personal computers, and long&#160;before there was an Internet.<br /> <br /> My introduction to using ray tracing professionally, was back in the days where the HTML language had just advanced enough to put a picture on a Web page.&#160; The newest version of GIF allowed rudimentary animation.&#160; I was one of the first people on the Web to start creating animations.&#160; Two of the other early adopters of GIF animation and I, created an online community called, "AGAG".&#160; That stood for the Animated GIF Artists Guild.&#160; We focused on creating online tutorials to teach people how to make them, and later worked with artists protecting the copyrights to their work.&#160; <br /> <br /> My day job was creating and maintaining the Virtual Reality Mall.&#160; It was built on a language called VRML (Virtual Reality Markup Language).&#160; All of the models for VR were 3D.&#160; I had used 3D modeling and ray tracing to make animated gifs, but the use of them in VRML required a much higher technical level of understanding.&#160; That was especially true when animating in 3D and using 3D sound.&#160; The VR-Mall got pretty popular and was getting over 5 million hits a month.&#160; Back in the old days, that was enough to get ranked about 65 on the top 100 business Web sites in the world.<br /> <br /> Enough babbling about the past.&#160; Since I became disabled with diabetes and a neurological condition around three years ago, I've spent a lot of my time with ray tracing, and 3D modeling.&#160; I'm on heavy medication, and can't get a whole lot done each day, but I plug along like The Little Engine That Could.<br /> <br /> My first project after becoming disabled was a combination of ray tracing and short stories.&#160; Since this project is a cross between words created by an author and images created by an artist, I feel a new term is in order. I hereby coin the term "authorist", to represent this merge of creative talent. There are twelve chapters with twelve pictures in each.&#160; If you would like to check it out, the URL is: http://www.technowomb.com.&#160; As I finished that project, and still being driven to create, I've continued with images, but not stories&#160; at: http://www.netbadger.com/cgi-bin/emAlbum.cgi.<br /> <br /> One of the earliest visitors to the Technowomb project was a member here by the name of "doctorspot" a.k.a. Amy Dyson.&#160; The left a comment on the site, and I contacted her by email with some questions on how she came across the site.&#160; That was around a year ago.&#160; Now she has become one of my closest friends, and we are running a mutual appreciation society.<br /> <br /> I said enough babbling before, didn't I?&#160; Well this time I really am going to shut up.