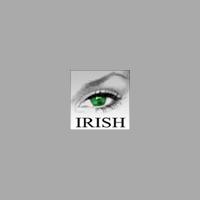 In the beginning, the earth was without shape or form, and darkness was upon the face of the deep. And God said, "Let there be a Blondie and a Beasty-girl, and let them turn the heads and confuse the tongues of the sons of men, for I have in my humor this day set forth their purpose unto a man."<br /> ~Groan~ Thanks a lot, Big Guy.<br /> Wayne MacLaine arrives in Chicago, for the first time in thirty-five years, wanting nothing more than to replace his bitter, old memories of that town with sweet, new memories. Three hours later, following his first encounter with Blondie and the Beasty-girl, he ponders his new memories from a bunk in the Cook County Jail.<br /> Two months pass and MacLaine once again arrives in Chicago, naively imagining the beautiful memories he is going to be left with, after inviting Blondie and the Beasty-girl to spend a week at his home in Jamaica. One week later, having been shot three times and suffering from a nervous breakdown, he ponders those new memories from a bed in the mental ward of a Kingston hospital.<br /> And now, mangled, disfigured, and hopelessly in love with Blondie and the Beasty-girl, MacLaine returns to Chicago not to make new memories, but to save the old ones, as he must confront the head of the most powerful crime family in the city, Frankie Cortina, who wants all three of them dead!<br /> And God said, "It is good in my eyes that a man should suffer so before me, lest he forget in his ignorance that I am the one and only true God."<br /> Cripes, Big Guyâ€¦you could have just reminded me!