So, that probably wasn't Madam Butterfly...

Why do supposedly sane people walk off without telling anyone where they are going and then go walking down some spooky tunnel at the start of the movie, when you know jolly well the CGI people have probably been working for months on something really big and scaly... Face it, when they are missed, Commodore Perry will not be pleased.
The two unfortunates are Michael 3, wearing Alabama Captain's uniform (Poserworld) coloured blue to somewhat resemble a mid-Nineteenth century US Navy uniform, revolvers (DAZ) (I think of it as the Not-So-Wild-But-Very-Far-West, though of course the Colt revolvers in use at this time predate "bullets" as we know them). The oil lamp was modelled in Shade 8. The cave wall, somewhere in the "Loo Choo" islands, (i.e. the Ryukyu Kingdom/ Okinawa) was modelling in Bryce 6 and textured in the material room. 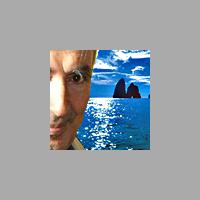 I like the expressions of your two protagonists. The uniforms are good and the lighting of the whole scene adds to the drama. Speaking personally, I'm not sure the expanse of black to the right adds anything to the image and I might have chosen a vertical aspect ratio cropping to give us more detail of the soldiers. Great work!

good work and interesting scenario. maybe things will turn out in the end, thanks to their trusty Colts and a bit of cold steel...? 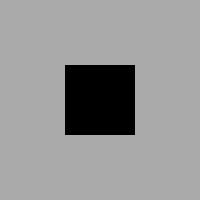 Great scene - and your description made me lol =)