"Where The Buffalo Roam" by steelrazer ()

The Brewster F2A Buffalo certainly did not go down in aviation history as one of the greatest fighters made, to say the least. To paraphrase one author it was one of those planes that pilots loved to fly, the only drawbacks being that the landing gear had a tendency to break if you put this bison down too hard, the engine had lubrication problem and was a bit underpowered for a fighter, and sometimes the guns didn't fire, which cost not a few of them a one way trip to a dogfight...not a good trait for a fighter aircraft. There always being two sides to a story, just to cast doubt on the Buffalo's reputation, the Finns apparently cut large swaths through the Russian air power. (...although maybe that says more about the Russian aircraft?) Still, like any other technological endeavor, the Buffalo served as a lesson in the field and a stepping stone to more capable aircraft...and it did serve a role in history for the US Navy at the battle of Midway.

Messing around with early US Navy aircraft and the budding of carrier warfare made this plane a logical choice for a workup. 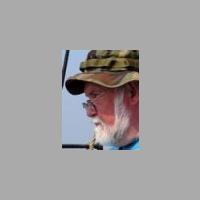 Was never going to win any beauty contests (but then, I can't talk), but served a purpose.Some good Buff pilots went on to be very good P-38, 47 & 51 pilots. The render on the other hand IS a thing of beauty! excellent pov and atmos...10/10 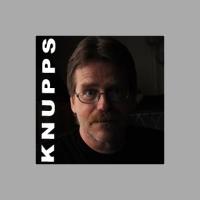 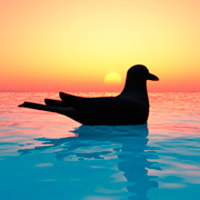 Never the greatest as you say, but it also never helps when certain 'models' of the Buffalo (The RAF ones!) were sold to them with worn out Dakota engines instead of the actual ones! Dutch models performed far better in the Far East because they had the original engines installed! Allies? Not all the time.. Money always rules even during wartime.. GREAT looking Render mate.. Well done. Rob P.S. Take NO offense from the comment BECAUSE the same goes anywhere, here, over there, anywhere.. If a fast buck is to be made by a guy in a suit, he will... Sad huh? Rob

Excellent formation. You do a great job with the colours in these renders... and the islands are very convincing! 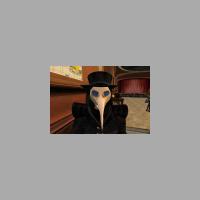 Nice work and we had them in Finnish air force too!

"Home, But Not Safe"

"Tangle Above The Clouds"

"The New Face Of Hospitality?"

"Mutiny On The Bountiful (Redux)"