Annnnd it's another quickie spoof fashion advert thingy 'cause why not! Originally, I was playing around with some stuff and altering skin textures, then playing around in photoshop. This is what happened. Beyond photo-fiddling there's not much to this.

For this gal I've named Yakira, I wanted something a bit strange, to reflect a people adapting to some far off world not quite like ours. Evolution is starting to take them on a different track after a few thousand years. The official name I have for them is The Miinimari Peoples Technocratic Republic. Basically your run of the mill military-industrial dictatorship. Yakira is a refugee who fled during the last Galactic Union-Miinimari war after her world was bombed (By a character I'll do soon). The confusion allowed quite a few of the poor labor class (the 'Yellow Skins') to escape in the aftermath. I'm thinking they figure facing racism and slum living in The Coalition of Interstellar States is a lot better than being back where they came from. Some, like Yakira manage to make a name and image for themselves, and their stories and plight are slowly coming into public focus.

Vibes is a mid-level fast fashion retail outfit for the middle class. (It's an expensive outlet for the most current top 100 mass market fashion brands.) Vibes does not specialize in outdoor/outfitting wear, or slouch-on-the-couch apparel. This is stuff to go out and be seen in. Vibes has outlets across the worlds of Memphis, Vainola, and in the city of New Delaware on K-186f. Recently they have expanded into The Boötes Democratic Empire With outlets on the homeworld of Upsala. While somewhat popular with Panthera across the Coalition, no inroads have been made into The Illyrican Republic, and with fuel costing $1000/kilo of non essential cargo items, there is not even a brisk black market trade among humans living in the republic.

And again, Stay safe, wash your hands, and don't touch your face.

The image is wicked and the backstory is fabulous. Great work, Bat!

Where in heck have you been?

Great piece on Yakira and background!

Very stylish! (I have to say one of the things I love about Elke is She Does Not Care what you think about her clothes. If it has a glitter heart or ragged cutoffs and she likes it, she's gonna wear it!) Of course she would look amazing in this, but she might not want it if it's uncomfortable...

Elké would definitely wear this (it would tug on the fur though) for the sex appeal, but she'd have to have it tailor made, and vibes doesn't do a lot of that. Vibes also doesn't sell a lot sized for them, so they tend to ignore the outlets. S'Aime Vetements is a rival retail outlet that caters to Human and Panthera. Unlike Vibes, which depends on quick sales and fashion turnover, S'Aime Vetements custom tailors as part of the retail experience.

Very cool render and her outfit is badazz. Fantastic Job!

Your new image is just great & very wicked looking.... and where have you been these last days?????

Wish you a nice evening and a great Sunday, stay vigilant and healthy!

I've been around? Actually I was playing video games.

I love her outfit... Wonderful creation !!!

Yakira is superb, and seems to be strong too! Great scene and story!

Incredible character and descriptive! Most excellent work in all areas! Well imagined and presented! Bravo!

When you prefer a place where people treat you badly because of your race to your homeland then you come from a bad place! Intriguing character and story.

Not being beaten with nightsticks and shock prods on a daily basis is a step up for them.

Great picture with a very interesting back story. Nicely done!

Excellent study on fashion projecting into the future. Will tomorrow's woman be so dressed? maybe yes and it's a nice dress. The illustration is very well done and expressive !!

Yakira is strange...her face could tht of a man but her body is clearly !!! that of a curvy woman...great imagination and great talent.

She does have a rather solid jawline. That and the glasses hiding her eyes sort of androgenises her 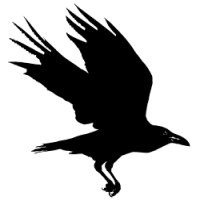 She's definitely giving me some vibes.... I'm almost ready to depart for her world - or ANY world, actually. Kinda getting tired of this one... 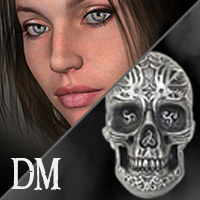 Great work and she looks stunning! :)

I'm not sure what she is selling but I'll take a bunch of it. Great image Madbat.