Okay, an update. Presented here are three bows, the Hunnic horsebow, a medieval English longbow, or warbow. And a modern longbow. All drawn in these images.

I don't yet have the genesis figures, but will soon. In the meantime I've set up poses for Mike4, and for Viki4, though Viki isn't shown here. Will eventually do poses for Mike 6 and Viki 6.

The poses at the moment are limited to Mediterranean style draw, that is to say one finger above the arrow, two below. That is not traditionally done with horsebows, as the shorter length of the bow tends to result in finger pinching. The eastern style tends to make use of the thumb, and a thumb ring to draw the bow, and the arrow would be shot off of the hand on the other side of the bow compared to Mediterranean, which is generally on the left side of the bow: if you are right handed.

I also did a release pose. Everyone shoots different, but pulling your hand back to your shoulder on release is pretty common.

There are multiple arrows too. I currently have three, though there will be more. And the fletching shape is determined by the trans map. The modern arrow there has a plastic nock, and the trans map is a parabolic cut. The medieval is using a traditional cut, while the primitive is more of a long shield cut. The medieval arrow at the moment has a bodkin point--there will be more offered--the modern arrow has a modern broadhead, and the primitive has a simple broadhead point.

Anyways, there will be more bows to come yet. I have drawn up a list of bows I want to do. I will be doing a Yumi soon, a korean or chineese variant of the recurve, a modern recurve, take down variants of the modern bows--that is to say the limbs are separate components to the riser or handle. I will also be doing unstrung versions of each for placement in scenes.

I've mapped a mongolian quiver so far, and have others planned, including a medieval bow bag. Will likely do a modern cat quiver too, and a Lakota style plains quiver.

Anyways, not great renders, but they show off the current stuff well enough I guess.

Forgot to mention, the jeans and shirt Mike is wearing in the modern picture are from Billy T.

The bows look great! And the poses are perfect!

This is awesome! Great job on the bows and the poses. 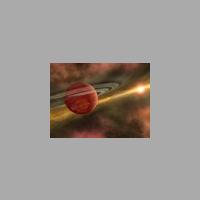 Finally! Renders of archery by someone who knows what they are doing. The majority of renders one sees are riddled with errors. 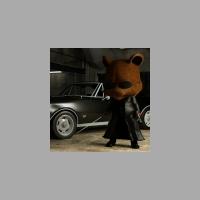 Cool render. By the way, love the Predator model you made over on Sharecg. It's the best freebie I've found.