So the saga continues and the plot thickens. I'm dropping some subtle clues here, very subtle. If you guess, don't spoil it for the others ;)

Thanks for stopping by.

When they had arrived at the bar, the band was on break, now Lady Ching and the Pirates special brand of Jazz/Pop was in full swing and got at least one person into a dancing mood.

This was not Bourbon Street, nor was it even New Orleans, but this bar was one of his favorite hideaways in this large and dark city. She had picked the show and he had picked the after show spot. It was apparent she liked all kinds of music.

When they had met, she looked all business and very serious. She was a practicing intern psychiatrist and was a progressive thinker in the rehabilitation of the criminally insane. He, on the other hand, had little faith in anyone being able to rehabilitate criminals on the level she was attempting. And he was convinced that some should never even be exposed to humankind again.

They met at a board hearing for moving some prisoners to a different ward in their current facility to undergo new treatments, medical and psychological, that she was spearheading under the guidance of the facility probate. Despite guarantees to provide ample security, the board turned them down. She later discovered that he was a “behind the scenes” board trustee and his money was a vital part to keeping this facility alive and well.

She was furious. She faced off with him outside, accusing him of using his wealth and power to control the lives of others. He did not deny her accusations but rather turned it around for them to get together to discuss the matter in a congenial way. Initially she refused, but later that evening she called the number he had given her and accepted.

Now, three “meetings” later, things looked to be going quite well. On their first “meeting” she had chosen to do it in mid afternoon at a quiet coffehouse she liked. It was usually quite empty in the mid/late afternoon. There, she had laid out her plans and treatments and he laid out his misgivings. After a tense hour of back an forth debate, she left in visible anger and frustration.

He decided to call her again and they set up another meeting. This time in a more elegant setting. She had arrived in a beautiful and conservative dress all smiles and over dinner, a compromise was met. Three of her six choices of subjects he agreed to. There was one especially challenging prisoner she wanted to treat, because of his long history of violent crime. If she could cure him, then further funding for her research was assured. But he would not budge when it came to that one.

She eventually accepted his decision with gratitude and he thought that that was that. Then a few days later she called him at the personal number he had given her and thought that maybe they should have another “meeting” that had nothing to do with business.

There was no doubt to the suggestiveness in her voice. They would each pick a place to go one night to show off a little about themselves. This time they met near the concert she had picked and she was dressed to kill. She wanted to see a certain heavy metal band that would be in the city for one night. He agreed, but could not help using his influence to get them a private box for the show. She did not complain about his abuse of power in that instance. And now she was strutting her stuff for him at one of his hideaways and in front of one of his favorite local bands. With a little help from him, Lady Ching and the Pirates was poised for a small national tour at the theater level. The rest would be up to them to get any further. He just helped with the door.

She was beautiful and had all the right moves. For the first time in a long time all the darkness that was part of his life was pushed aside by this woman who shone like a beacon of hope and guidance. Did he dare to follow.

looks like it will be soon dirty dancing. well done scene..

She looks fabulous Art! What a scene, and the lighting is awesome!! Hmmmm, well someone does come to mind but don't know if I'm anywhere near right. If I am, then yes those are some pretty heavy-duty clues. Nice background story on these two as well. Excellent all around!

I like this scene. Very beautifully crafted. I will have to look back in the galleries and see what I have missed. Excellent work!

excellent scene, one idea you can make later, is the squareson the floor lights up while room is slightly darker, that will be so cool sort of like "Saturday Night Fever" Well done my friend.

I don't know how to "edit" my comment....if there is a way, let me know.....but I wanted to add space between squareson, replace it with squares on lights up alternatively on the floor (some squares lights up while others are turned off)....I am not used to this renderosity's new revised gallery...plus I have not received notifications from others commenting on commentor's message....are we suppose to get those notifications as well?

Next to the green comment "button" should be a delete button. I don't believe you can edit your comment, though that should be the case, but you can delete and rewrite. If I have to do that, I highlight what I wrote, copy it, delete the comment then paste in the box and edit it at that point. If you are not receiving notifications/ebots about comments, contact the admins. You can also check in the upper right of the page where your sitemail notifications are. To the right of the envelope for mail is a word balloon, when you click on that you will see activity for posts of your favorite artists and who has commented on your posts too. It seems that every time they make a change here, the ebot notifications can get messed up. Check your email "spam" folder too. One time all my ebots started going there. I had to click on the ebot in the spam and indicate in the toolbar that email from Renderosity was not spam.

Such a very well done scene my friend, love the poses of all your charecters....amazing work.

Looks like she's fully capable of busting a move or two..... Say... If my tour of hell shift makes me go berserk, will she come over and rehabilitate me?? :-D A superb render, and a great story to go along with it, Art! I suspect more than one fellow will be getting 'rehabilitated' before this is over.... LOL

One excellant scene. She sure is having fun and totally impressing her 'date'.. Lets see what follows! 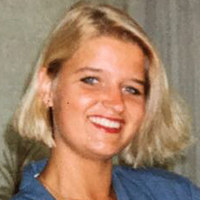 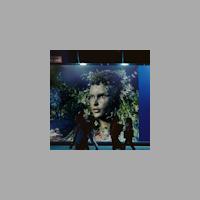 this is an exceptional scene and story, love it!