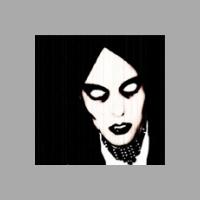 My real name is Michael Honeycutt and thanks for taking a look at my page!
The Metalhead Seth comics and related 3D are based off my son who died of suicide 1-11-16.
All Art is for sale, message me :) For versions without the Big Sig at the bottom.
Can also visit is at reddit for MetalheadSeth and Dertyangel, Twitter for Metalhead Seth, and of course Patreon MetalheadSeth if anyone would like to support my art :)

Past Present won "Beast in Me: May contest at Dreamslayer Artworks 5-2021

Tranquility - Picture of the Week - week 2 February at Dreamslayer Artworks

Featured Artist of the Month for May 2010 - Dreamslayer Artworks

Beauty and the Beast - Babe of the Week - 2009 - Dreamslayer Artworks

Artist of the Month at Hometown3D June 03

Artist of the Month at 3D-Artworld December 03

Corin Darkcraft for front page to her site 10-03

Floating Castle, Looking for Something, and Turbulence to be in Stygian Issue 5 (E-zine for D&D fans)

Spacegurl and Honeydew Sunchaser at DAZ site monthly galleries (Back when they only posted a few approved pics a month, was like winning a contest LOL) around 2002 -2004

Last Caress banned at renderosity, and 3DCommune
Antici... banned at 3DCommune
Rising Tide banned at Renderosity
Those you have to be the most proud of

There were some Fist and second place, and a Best of Show entries I did in High School that I don't even remember anymore, it's been a long time! in 6th grade I entered a comic strip on Ecology for a contest, it won the county wide, was supposed to go to state wide, didn't hear anymore about that one.

Doing some CD covers for my friends bands also, recently worked with I over E, Incineration, Brother Chuck, and F-Ya, and Hellthrasher

Amidst the Chaos a green Crack appears and expands silhouetting a figure that steps through it, it looks to be no more than a teen. "This place looks oddly familiar." he says in a low voice and begins to scan the surroundings as if looking for something. "I know I've been here before, but this isn't what I was looking for..."
A voice that seems to emanate echoing from some ethereal plane says "It looks like the place you went in the Anomaly maybe? I wasn't there soo.... but it fits the description, Creepy! Remind me why we came here again, lets just leave! I think you may have miscalculated for once, HA!"
As the figure is walking through the Desolation deep in thought it is not long before he is noticed by the fiends of the Invasion he has somehow managed to invade!