The 4th Book of George - Wake-up Service by Crudelitas ()

At first, thank you for the nice comments and favorits to my last image: "The 4th Book of George - We want to be free!"
Thank you, it meany a lot to me!

Somewhere at the other end of the world. Where the world is still in order. Or at least was still ... Before a little blond boy with curly hair came in Ragnors bedroom and woke him up.
This Ragnor had just been launched from Chichen Itza back and not only had a Jetleg but also a Hangover. The damn tequila ...
"Dad ? Are you awake now ? Annie said I should wait until you're awake. Now that you're awake! Let's go fishing now?"
Incredulous, the vampire looked at his son ... A little disappointed he was because he did not look like him. Well, maybe he gets even a red beard when he grows up.
" Agnir ? Do Dad a favor and draw him a picture, I'm still tired and still want to get some sleep! "
"Okay, then we go fishing!"
Actually Ragnor wanted no more go anywhere with his son. Most recently, he made ​​trouble for him at the hardware store. He shouted, that the man wanted to take him ...
Unfortunately Ragnor the Vampir was the man and in the garden department, between hooks, scythes, shears, he felt a little of his dark past remembered, as the mob carried him closely with such objects into the afterlife ...
But Agnir thought it would have been a misconception, and as Annie said, he could not keep up with strange men ...
Agreed a bit, Ragnor was traveling a lot and Agnir growing very fast ...
Was true, Agnir grew in one month as much as normal children in a year. It was time that the boy went to school. Only that would be too conspicuous. But there was someone who was well educated and could teach his boy ... Cornelius...Only knew he nothing of his good fortune.

Great story and awesome work on this story telling image my friend. 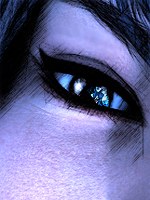 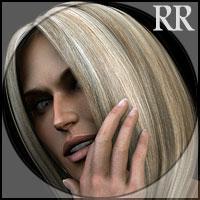 Agnir is not an ordinary boy ! your scene is well built and well lit, and I like the cat on Ragnor's belly ! excellent work, Elke !

Nice work on your images on the wall, too !

Superb capture with the father and son, I like the frames on the wall with your previous renders :-) lol, but I am completely lost in the story !!! What's happening ????

very beautiful and tender scene. Very nice settings for all the actors and décors. Excellent work

cute image and story... there have been days like this for every father....since the dawn of time Excellent work

Love the wake up service.... superb my friend... superb

Nice family scene. I like picture on the wall, specially with Egyptian times.

What a beautiful scene and work,excellent******* 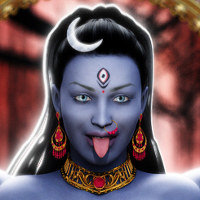