RL threw a couple of big and unpleasant curves at me, and I really needed a break from reality (my mother was hospitalized and ultimately passed away), which has consumed almost all of my time the past month+. Creating images with 3D has really helped me over the past 15-20 years to escape some of the unpleasantness of reality. This image is the result of my most recent brief escape from RL.

The title say's it all. I hope the image conveys the felling of both internal and external strength. The character is Navilla (the same G8F character used in my last image, with a bit more obvious muscle definition). Her name comes from the base figure I started with (Naveah) and the texture set I used (Marilla). Thanks to everyone who commented on my last image, I decided I needed to use her at least one more time!! The lighting set up is super simple, the default Iray HDRI in DAZ Studio, and the Gods Rays prop. I actually did a bit more post processing on this image. I rendered an image with the full scene, and an image with just the figure and used gimp to create the composite image (with a few additional tweaks). That gave me the rim lighting on Navilla that I wanted, and the ability to control the brightness of the environment and the figure separately.

The image was set up in DAZ Studio Pro Beta 4.14.0.8 and rendered in Iray. All post processing was done in Gimp.

Thanks for stopping by, hope you enjoyed the image!!!

I aee the rim lighting - it's captivating!!! A gorgeous render!!! Sorry for your RL loss, best wishes to you and your family.

This render looks awesome! Sorry to hear about your loss. These are difficult times we are living in. It's nice that this can be such a great outlet for you to practice your craft. Excellent and very well done! I like it! :-)

My sympathies and condolences, and thanks for taking the time to share this, its very impressive !

Sorry for your loss - I hope your wonderful image reflects how you are dealing with it. 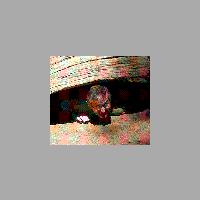 Sorry for your loss, and your escape is beautiful. Keep up the great work! I also love the archer. Really nice.

Wonderful staging and overall presentation! Real life does have a way about keeping us grounded. Hope you are coping with your situation well.

I am really sorry for your loss. Yes , I can relate to what you say here. Sometimes this endeavor is a big part of me staying 1/4 sane. Your work is impressive for sure.

All so sexy and sweet! Looks like we both were on the cheeky look on our images.

Unpleasant indeed to lose your dearest mother. My Hope's and prayers for a speedy recovery.

This is absolutely stunning! It does reflect the feeling of strength - something we all need a lot of these days. Your lighting is superb.

My deepest condolences for your loss, my friend. It's never easy, even when it's expected. Indeed, having this artform is definitely a vital break from all the unpleasantness RL seems to have an overabundance of lately. It's certainly helped me keep what little sanity I have left for the last 10 or so years...

This is wonderful work. I'm so sorry to hear about your mother.

An extremely emotive image. It shows a great deal of your feelings towards the sadness of the loss of your sweet Mother. I can relate partially to the way you must be feeling and your girl shows great strength for you to deal with the sadness of this dreadful loss. My thoughts go with you. I can only empathise because I too, lost my Mother in 2002. I am only now dealing with the aftermath. God go with you! Stay safe! 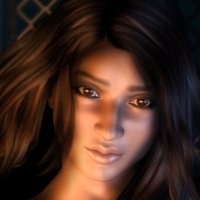