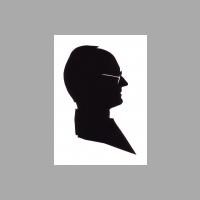 Spirit of St. Louis by fractalbeke ()

For a better view, please zoom in.


Charles A. Lindbergh, perhaps the most famous pilot since the Wright Brothers, made the first nonstop solo transatlantic flight in the silver Ryan strut-braced monoplane The Spirit of St. Louis. Early on May 20, 1927, Lindbergh began the 3,610-mile trip from Roosevelt Field, Long Island, to Le Bourget Field outside Paris, France, landing 33Â½ hours later to a mob of 100,000 ecstatic Parisians. Lucky Lindy instantly became an international hero for the daring and lucrative flight.
The plane now can be seen at the Smithsonian's National Air and Space Museum in Washington, DC.
http://www.infoplease.com/spot/planes1.html

Thanks for your attention.

LIGHT IN THE DARKNESS

Dare to stick out the neck !

Hallo, Where Are You ?