Early the next morning, Zefaara awoke to another gloomy day on Dromund Kaas.  Looking out her bedroom window, she thought to herself, "soon we'll be leaving this miserable planet and its constant dreary weather."

Entering her master's chambers, Mayla greeted the Dark Lord, "good morning Master, I thought you may want coffee this morning, being so early to rise."

Looking at the young woman through sleepy eyes, Zefaara spoke to her handmaiden, "you are so right, my dear.  By the way, what time is it?"

Responding to the Sith, Mayla said, "it's 0530 Master.  You did say you wanted to rise early to prepare yourself and meet the incoming shuttle."

"I did say that, didn't I?", Zefaara replied with a slight laugh, "you'd think as head of this outfit, I would be privileged enough to sleep in a bit longer.  Oh well, no rest for the weary... now, about that coffee."

Around the same time, Trego stared out the window of his quarters contemplating the activities of the day ahead.  Having been informed by Mayla the evening before that Darth Nox wanted him to meet her at the spaceport to greet the incoming shuttle, thoughts of its arrival went through his mind.  Though the mission did not take as long as was expected, he was looking forward to welcoming the returning crew.  "It'll be good to be together again," he whispered to himself.

"I do love your briefing methods," Aurturo gently said to Shara as they lay together in the bed, "perhaps if you had done this a long time ago, I might have actually listened more closely."

Gazing up at the man, Shara replied, "there's a right time for everything, my love.  But I'll admit, it was very tempting."  Giving him a light kiss, Shara continued, " I received word from Mayla last evening that Darth Nox would like you to meet her and Lord Trego at the main landing port this morning to greet the shuttle arrivals."  Pausing for a moment, she added, "you're to be at the pad's base at 0815... so as pleasant as this is, we need to get dressed.  There's much to do that will keep us both very busy the next few days."

Bending down, Aurturo gave the woman another kiss and said, "perhaps we can resume the briefing again later?"

"Perhaps," Shara answered as she rose from the bed to begin the day, "it all depends on if we have the time," then with a grin added, "and the energy."

Meeting the Dark Lord at the tower's base, Zefaara spoke to the two men, "it's seems our operative's mission was successful, and completed earlier than anticipated.  She never ceases to amaze me how she can be so skilled when it comes to locating anything or anybody."

"With respect, My Lord," Trego interjected, "most of the time, I believe it's just dumb luck."

Laughing at the man's words, Zefaara responded, "I'll have to give you that one, Trego.  It does often seem, the circumstances fall in her favor."  Turning to the Commander, she added, "good morning to you, also, Commander."  Momentarily pausing as the Commander returned her greeting, the Dark Lord went on, "it seems that the shuttle arrived a little earlier than expected, so I'm sure our guests are waiting for our entrance.  Let's not keep them waiting much longer," then motioning toward the elevator door, "shall we, gentlemen?"

"So, where's this Sith of yours?", the Chiss woman impatiently asked the Twi'lek, "you think she could be on time to greet people she summoned."

With a smirk, the Twi'lek shot back, "I see... you're so high and mighty important, that a member of the Dark Council should drop everything and come running?"  Then placing her hand on her hips and taking a stance of indifference, continued, "she warned me that you can be really snarky.  She'll be here when she's here, get over yourself, girlfriend."

Coming down the boarding ladder, the Chiss woman's companion said, "c'mon Boss, remember the last time you pissed off a representative of the Council?"  Reaching the bottom of the ladder, she went on, " I was the one that got force choked.  Try to be cool this time, okay?"

"I'm so glad to see that early retirement didn't change you any, Hunter,"  Zefarra said as they approached the waiting group from behind, "welcome to Dromund Kass and Imperial Reclamation Service, Special Operations Group Alpha."

Turning toward the voice, the Chiss gave a surprised gasp as she recognized the Sith who spoke, "what the... you're on the Dark Council, now?  No way this can be real... ... ..."

**********************************
Thanks for dropping by, hope you enjoyed your visit.
Comments are always welcome and appreciated.
Note: Language advisory checked because of one word toward the end... you never know nowadays what some people may find offensive.
Mioraa

If I recall the bounty hunter story line from SWTOR, I'm hoping the hunter's companion is Mako. If it is, I love the 'punk rocker' look you gave her.

It is Mako, I always thought she should be more outlandish than the game allows her to appear and for me, the 'head banging, punk-rocker' look would be more fitting her personality. She has always been one of my most favorite sidekicks in the SWTOR universe.

Always look forward to another chapter of your story.

I doubt there is a harder working artist than you. This kind of work, time and again, take such a lot of time and meticulous effort, just to do it, but then to make sure each image aligns so perfectly with the text... mindblowing for me. Awesome work. :) Great story too :)

Thanks again. Rendering the images should be getting easier soon. Ordered all the parts for a new computer from NewEgg this morning that'll make the job much faster. 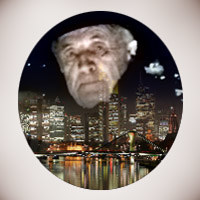 Intriguing work and some wonderful visuals. You do very intricate and fine work. You are to be congratulated.