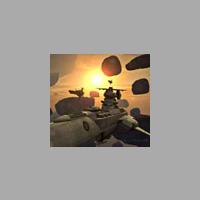 Battle Carriers are posed near the "Darkmatter Sea" (The region of Space between the Orion and Perseus Arms).
The Darkmatter Sea blocks a majority of Perseus' light that attempts to reach the Orion Arm (including Sol) of the Galaxy.

Darkmatter is dust and debris, clumps of matter that can easily dwarf the side of our solar system, to cross this sea is almost certian death for a Starship... but very few managed the journey and survived.

(Background done in photoshop from scratch (no photos used), Planet is actually Io with a layered shader. Lens flare is TS.

The image is a bit dark for my taste but pretty realistic; I like the blue glow from the hangar bay; some glowing viewports might add even more punch to the image; I look forward to see more of your work

Thx David, Viewpor lighting is my next phase in these ships, Im still trying out different ways... putting lights into the Bridge windows, or using highly relfective shaders within the Bridge...??? I've also been working on making the Hanger's internal cranes and such... even cranes on the outter decks... still lots to do. This was an experiment to try out different lighting setups, I think the Preview pic looks better than the actual full image.. hehe! I'm also going to try more dusting and haziness (volumeterics?)... I was just happy the way my experimenting turned out in matching the light to the background. 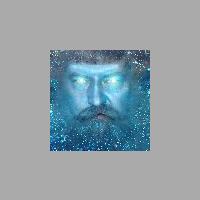 Very cinematic image. One can hear James Horner music playing ominously as these come into view.

Thanks one of my oldies ;)

Rendevous at the Halladay Inn