DAZ studio Minotaur imported into vue scene created and rendered in vue creator This is a good example of why I mostly gave up with DAZ studio this minotaur was bought with the Minotaur 6HD bundle . This one is wearing the minotaur battle gear which came with the bundle yet some parts wont conform properly when the figure is posed even using the poses that came in the bundle when I searched for the battle gear in DAZ studio search box it came up with nothing and I had to look down the whole list of genesis 2 clothing to find it .compared to vues search function the DAZ studio one seems woefully inadequate and despite my vue collection having nearly 1TB more off stuff vues search takes a lot less time and actually finds stuff!
ok rant over now thanks for stopping by to take a look 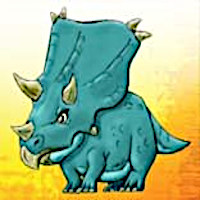 Love the lighting, the minotaur pose, and even the placement of the skulls. Great artwork.

the DAZ interface was designed by an 8-year old on drugs forced to do it at the weekend instead of being allowed out to play :) grand job on putting the beastie in here, works well with the colours to give an excellent feel for mythological times The detail and texture of the rocks are just astounding! I like how the Minotaur blends in with his surroundings.

Don't give up completely. This looks really good and opens lots of doors for you. I'll be glad to try to help out with DAZ, so lets talk. This additive style holds great promise for where you can take your already wonderful art.

very intense Minotaur and your lighting intensifies the scene

Oak tree in the wilds