A24-88 (RK-A) was a PBY5A-(M) (meaning it was a Catalina "Amphibian" modified to flying boat form in an after-factory conversion to save weight and increase its fuel and munition load). As one of the RAAF's "Black cats" it was used for aerial mining sorties against enemy harbours and sealanes late in WW2, in the occupied Netherlands East Indies and Philippines. After the war it was used for spare parts and then, incredibly, ended its days as a river "house-boat" (WTF!!!) hopefully spilling nothing more harmful than beer cans into the Murray River. By then only the fuselage remained.

Perhaps to this very day, carp in the Murray River still have no idea why they scatter for cover whenever a shadow crosses the moon, ...?! That must have been SOME houseboat! ;-)

other assets
customised RAAF "Black Cat" texture for the PBY
Chute-retarded aerial mine modelled in Shade 10.5
The hopeful "Rufe" is a Vue model once sold at Cornucopia 3D (but upon checking today its not there any more?) 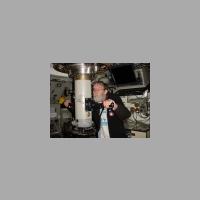 Wonderful nightime scene. Excellent work on the texture and the splash! And thanks for the history.

Superb scene. The title made me think I was going to see a gold mining picture. LOL The PBY-5A has been a favorite of mine since my youth. 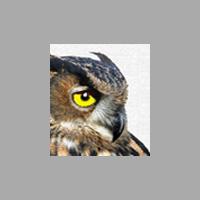 Nice piece of history. Never thought of Catalinas as mine layers, I always thought they were just reconnaiasance and sub chasers. Lovely aircraft though. Hve you noticed how few of these WW2 aircraft still exist. Just a few museums and interested groups have taken the trouble to do the neccessary. Great pity, as the historians tell us all about the exploits of famous aircraft and their crews, but the machines themselves are long gone.

Great looking job this one, Cat's did allot more than just the Sub chaser role.. The 'Rufe' Neil has a free version on ShareCG, is that this model? But cool work.. Rob