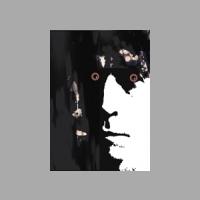 I'm a Graphic Designer who became interested in 3D modelling and rendering as a means to visually realise ideas, themes, scenes and creations that have always been part of my psyche for as long as I can remember.

Sometimes these images are conceived as a result of particular dreams or just spontaneous random visions, imaginings or musings.
The images invariably have a strong Surrealist influence and will often feature unusual contrasting elements and settings which can be both disturbing and humorous at the same time.

I hope you enjoy these offerings from the world of digital art that I like to call Digital Dreams!

This image was inspired by Dorothea Lange's classic photograph of Florence Thompson and her family who like many thousands became part of a diaspora due to the nightmare that became known as the 'Dust Bowl' or 'Dirty 30's. I tried to emphasise the strength of the determined stoic look of her eyes by streaming volumetric orange dusty light from her eyes and face, with the desert sand in the foreground and the semi buried ruined farmhouse! 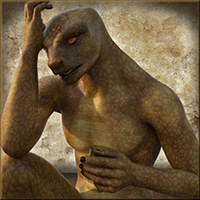