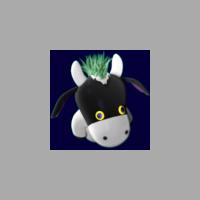 Convert yourself into a human:
Visit Mech Mesh Converter today!

With the Mech Mesh Converter (MMC) you're only one step away from marriage with your beloved mesh! Either in their world or in yours! The MMC works in both directions: it converts humans into meshes, and meshes into humans. Yet there's one restriction for security reasons: The MMC is limited to humanoid figures (we don't want the Millenium Dragon to convert himself into a human!)

After a lot of beta-testing with Aiko, I found out about a minor bug: It's not really a bug, it's due to the nature of Poser- and DAZ People: They don't know that they are meshes, they think they are human! That's why they constantly keep trying to convert themselves into meshes. I'd strongly recommend not to tell them, that they are meshes! Be sensitive, DON'T HURT THEIR FEELINGS! I'd suggest the following work-around: Put the blame on me, tell them, that I messed up the library presets, connected wrong cables or whatsoever, and that they would have to press the HUMANIZE button instead of MESHMERIZE. They will believe you ;-)

I Know What I Did Last Summer