You are too late! My research in Seville has paid off. By the time you get this letter I will have reached Manila where a boat has already been chartered. The prize is mine! No power on Earth can stop me now... "

It is a fact that on July 29th, 1938, a big Pan-Am flying boat, the "Hawaii Clipper," vanished enroute from Guam to Manila. That's just over a year after Amelia Earhart disappeared nearby.

Of course, accidents do happen. Yet, you've got to wonder if someone was out there collecting aeroplanes? The only clue to its fate was a convenient fuel slick on the sea east of Samar Island in the Philippines. No wreckage was ever found.

Here I've imagined the tragedy as the opening scene of an action-adventure movie, where the surprised travellers have been hijacked by members of an ultra-nationalist Shinto cult, oh ...with a bit of help from a nearby aircraft carrier. ;-)

"What ho Giger, there's a nip in the air", great image and potential for a series too.Nicely modelled planes as well....got to be a big thumbs up !

Nice modeling Briney! You've put an answer to "what could have happened here"!!! 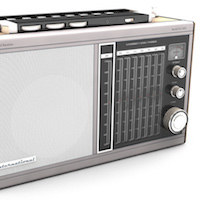 Something very romantic about those flying boats. Like the story idea, pulp hero adventure with the Nazi goons replaced by oriental villains.