It Freak as grey Hulk. Something I haven't seen posted yet. His outfit and the fountain are from Daz. 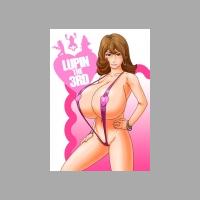 If I remember my late 1980's-1990's Marvel Comics, when the Grey Hulk was "intelligent" (as opposed to the angry Green version), he often moonlighted with the alias "Joe Fixit," of just plain "Mr. Fixit." And yes: he did were a suit in the Comics back then, so this 3D Render is on the money in that regard. Yeah: I can be a Comic Geek/Nerd when the situation calls for it. (^_^) Love the height differences (the Hulk is a real giant, afterall). Could use more context, in terms of the settings & the surroundings. Still, a nice 3D pic.

When I Hear That 80s Song