There was an oval metal gateway made of leaves that opened like an iris when Crinomu pressed a slim disk into the lock.

"So far, so good", he grinned to Asanka. "They haven't changed the codes. Hirrilow suspected they might have and then we would have had to force our way in somehow. The control room will be at the centre and set underground. Come on!"

Dim emergency lighting had activated upon their entrance and now illuminated the windowless corridor ahead in a deep red glow. They had rounded one corner and were heading towards a stretch where doors gave off to left and right when a sudden movement from above startled Asanka and instinctively he raised the klane. It was just as well that he did. A giant multi segmented creature looking something like a centipede with hard chitinous plates and menacing mouthparts was attempting to fall upon them from a vent in the ceiling. Fortunately, in its eagerness to attack it had mistimed the drop and with a hasty step back Asanka avoided that first nasty surprise. But the creature was not alone. Racing towards them came three more of the things and behind them a rattling in the gloom told of an unknown number of others.

It might have ended very badly for both men if Asanka had not had the klane drawn and ready to activate. Though this was his first experience of real combat, his training sessions with Crinomu had not been wasted for without really thinking he selected a thin cutting mode and as his mentor stepped back to give him room, he engaged with the leading attacker. The things were monstrously strong, fast and agile and their amour very tough. They would certainly have made short work of any Rider. Yet the klane seemed to sing as its sharp edged fields, keen enough to divide molecular bonds sliced through their skittering limbs and fat wriggling bodies as if they were no more trouble than sushi. It was a horrendous few minutes, nevertheless. Crimomu, tried mainly to stay out of the way so as not to impede Asanka's freedom of movement and only occasionally was he able to aid in the defence. There seemed to be an endless supply of the creatures and soon the floor was sticky with a thick brown ichor that evidently served them for blood. They took no notice of the odds and the slaughter of their kin but attacked in wave after futile wave as the klane swiftly dispatched each one. But at last it was over.

"What were they?", Asanka managed as he felt his heart rate slow and his perception of time stretch out again from the adrenalin fuelled intensity of battle.

"I don't know", Crinomu said. "Some nameless member of the gene sea. I am sure their nest was not here by chance. They were set here to guard the beacon. But whoever set that particular trap had reckoned without the klane. Let's continue!"

Characters are very nice. Light and shadows are cool. 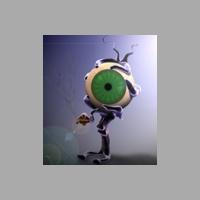 Gotta hate bugs, but love the weapons and the POV! Great story! 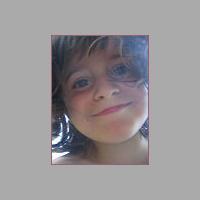 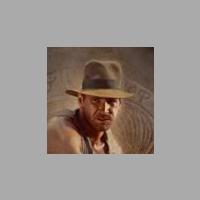