Orietta was pregnant. There could be no doubt about that now. Hirrilow frowned as he considered what had to be done. Under the strange circumstances that had brought the Rider woman to an Enclave, it was just about acceptable to stretch the Vow of Earth and allow an aritlect and a human to find solace with one another in the way that Crinomu and Orietta had been covertly encouraged to do. A relationship was one thing; a dangerous thing but not strictly forbidden provided it was kept to the Enclave. Procreation was something else altogether. That wasn't stretching the rules which the Guardians Of Earth had set for the Enclaves, that was definitely breaking them. Hirrilow didn't need Gyrun to tell him that.

It ought to have been impossible! The members of the Embassy to the Substrate were grown sterile. Since it had plainly happened, though, it was clearly NOT impossible and nor was it an accident. There could only be one culprit. Crinomu was in big trouble. 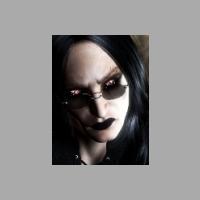 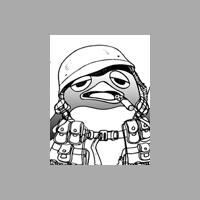 Fine scene ! Superb lighting ! There is a good visual coherence in the Enclave scenes relating to the light and the materials. In this one, the walls decorations are really nice and interesting ! Have you done them with terrains ? Your story keep the interest with this complexity of the scheme... Excellent job !!

To answer the last question, yes it is a terrain but not one I created myself. I should have added a vendor credit for this and I have now done so!