Before winter came to the downs of Illunon, Oreitta and Crinomu were lovers. Now at last Orietta was happy and her restless unvoiced need to escape from Kalonia was stilled by the comfort of her new relationship.

The seers were pleased and in particular Malorye for this development was the one that they had hoped for when they had decanted Crinomu. With the exception of Gyrun they had all come to like Orietta and did not want to take harsh measures against her or to see her discontented and sad but they could not let her go. The rules of the Guardians were very clear on that point.

Match making was an ancient and subtle skill which they had almost forgotten for it had been countless years since they had practiced it and the union of artilect and human had never been a common one. Yet from the moment that he volunteered in the council, Hirrilow instinctively felt that Crinomu was a good choice for Malorye's plan of benign seduction and that his personality was the right one to please the Rider woman. Nothing had been guaranteed but it looked as if it was all ending happily. Even Gyrun had to admit it and no longer called for Orietta to be "put to sleep" lest she escape.

But there were dangers in the plan too and the danger of failure not the only one amongst them. There was, too, the danger of too much success. As the snows retreated and another of the uncounted springs of the Season Of Innocence spread over the land again that was the path down which fate would lead Crinomu. And the world would never be the same again... 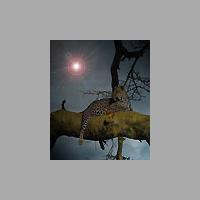 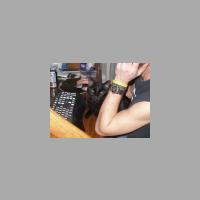 WHOA!!! Cool story line, and the image is perfect for it! Awesome work!

Good posing, lighting and expressions ! You have done a pretty good job with Vue and this story is very interesting !! Is it your's ? ( Unfortunately, I need sometimes a dictionnary to understand it because my English is not excellent ! )... Excellent work ! Bravo !

Thanks for your kind comments everyone! The story and writing is my own as well as the images - in fact the story arc came before everything else in my head. I have known for a while exactly where I want to go with the Station Of Seers right through to the end even though I don't have images for it all yet and I make up the accompanying prose as I render each picture. I am finding that I need to do more pictures than I was expecting to tell the tale properly! Thanks to everyone who has kept up with it and I hope you will enjoy the rest of the story as I create it and post it....