Ian, Second to the Master of Sorrows by nfredman ()

Second what, you ask?

Well...Alexander, Master of Sorrows, has in his Coven people who are both mates and are specifically the fighters who protect the others, and these they call his "soldiers." There's a loose ranking amongst the "Big Dogs" (as Kerry calls them). Kerry is his First; Firsts are the lovers, who look after the other mates very closely. The Second is often the fiercest of the soldiers, and that would be Ian--although two of the other soldiers, Mike Kaminsky and Julian Machliec are actually both ex-military.

Ian...well, his mother was a half-Elven (but she didn't know it) dancer on Broadway and his father is a "white" kitsune rakshasa, a kind of demon, who was in servitude to a wizard in New York in those days. Ian gets his good looks and athleticism from both sides, his immense taste for blood from his demon father, and considerable cognitive ability from both his father and grandfather, the redoubtable and very Unseelie Ariolas Maharasen.

So, Ian is less human than any other member of the Coven--if they cared about such things.

And here he is, show-boating with sparks and stuff, being all Hawt and Ebil. Yeah, that's Ian.

A grand character and a fine narrative description. Well done.

I think last time I saw him, he was babysitting something..must have been an out-of character moment ;)

He has a quality about him that speaks from your works, doll- fantastic show of 'tude and ebil! XD

Ian is just fun. And he does ebil so well. :D I love the image. With every image you post, you inspire me to continue with my artistic endeavors. :) 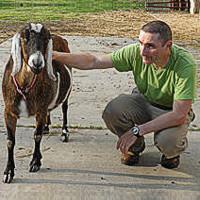 An outstanding portrait! Especially love the flowing hair and the story line! :)

He looks so great! Love the wonderful hair...so beautiful!