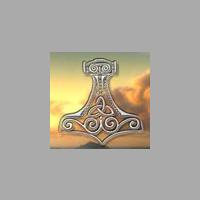 Welcome to my Renderosity Homepage. You will find Poser prop in the Download section below (Tafl Boardgame and Indian Shrine).

BIO
My name is Gerard and I'm a Senior Software Engineer at my country's (Belgium) Post Office organisation. My main job is to work on the creation of a central Customer and Contract database (Oracle DB) and setup relations to other application using various technologies (Database Links, Java Web Service, ...).
My main hobby is creating 3D objects and images using 3DS Max and Poser. My roleplaying days gave me an interest in medieval times and lifestyle and that led to an interest in reconstructing models of ancient buildings and furniture with 3DS, then using these models in Poser.
I'm also a regular Guild Wars player.

Gabrielle was sent to the Human world to find a missing Angel. At nearly 1000 years old, she is still considered young by her people but has shown the proper wisdom when dealing with Humans. Like many Angels, she is calm, attentive and usually manages to talk any Human into doing what she wants. However, she lacks experience and hasn't seen the Human world in over 200 years. Is she ready for the changed world ? Will she ever find the missing Angel ?

----------
This is based on an idea for a story that's been spinning in my head for a while. I may do other pictures on this theme.
The pictures didn't turn out as I wanted them (too bright) , but I like the result anyway. 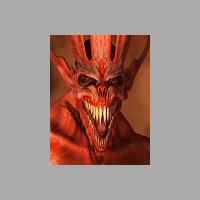 I love the story and the renders!!!! EXCELLENT!

We'd Like a to Have a Word with You

Rescued from the Attic

Beauty and the Beast

Guardian of the Sacred Cristal

A Walk in the Dark Forest