I've tried to create a bit of a back-story concerning Ranpha's prior association with the not-so-good Doctor. Her reaction to seeing his picture on the monitor will soon become clear.

I didn't think I'd ever get through this, but here it is! Hope you enjoy the latest installment.

Now, I need to get busy and get back to learning more about Blacksmith, as I need to create a morph for a very famous person who will make a brief appearance in the story soon.... And no, it's not Luke Skywalker....LOL

Hope everyone has a great weekend, and a fun Halloween! Don't eat too much candy! :-D

Melanie available at DAZ
Ranpha, Trish, and Rico by Dan (Diemamker) Thanks for letting the Girls come over and play, buddy!
Dr. Edmund Snowzem morph by me

dang nab, love the outfitting on the gals, Rod. they are always so hot! you got Ranpha looking exceptional.but then again they all are. each segment is so well thought out and designed my friend. can't wait to see what you have in store for us on the famous people.

Just love what you did here! like the young version of Ranpha!... what hair did you use here?.. you gave her a very down to earth feel, which I like... kind of showing a more naïve character... no clue what will be happening to her!!.. can't wait to see what!!

I have to say that this is one of the best pages yet!! I can see why it took so long to make! can't wait to see more of this memory!

Outstand work!!! have a great Halloween day and a good weekend!!

You overdone yourself - This is simply amazing dear Rod!

Fantastic scene and composition my friend... Outstandingly done once again !!!

this is among the most involved stories to date. very creative idea and superb renders of the ladies

OH! MY! Er, gosh! Excellent work on the figures, facial expressions, lighting. But the big difference here is how you present the back flash - no speech bubbles, just plain text inserted into each image. It adds a lot to the "dreamy" feel. And also to the suspense. It also makes it more difficult to read, which piques the curiosity, making one read all the text carefully even though there's a lot of it.

This bit about brain research and brain/nerve - computer connections is unfortunately real. I've seen a little of this at the medical faculty, Lund, Sweden. One of the researchers has no name, phone or address in the staff phone book. He works on connecting nerves to electronics to control artificial limbs (read: Star Wars, Darth Vader and Luke Skywalker's prostheses). The frightening thing is this technology can not only be used to help amputees, it can be abused in so many ways (brain implants to turn people into obedient zombies).

By the way, is the name Snowsem a take-off on the whistle blower Snowdon, or is it to be interpreted as a guy who snows 'em (hood winker)?

My curiosity is greatly piqued. Keep up the great work! Looking forward to the next installment! :-) 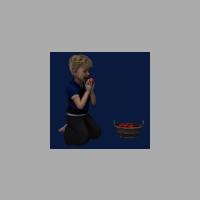 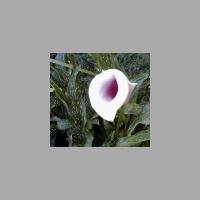 so good to see that you are having fun time along with your busy life... have a safe Halloween and great weekend, my friend.

Awesome job! Ranpha as a young girl is so cute. Snowzem was just as creepy then as now. Love this back story and I can't wait to see who pops in later.

Well first, I second your Go Royals! (I saw the Mets beat the Cubs 4 games straight---I was reeeeeeealllly hoping for a Chicago KC series...but It wasn't to be. There's always next year, as we say in Chicago...again...and again...and again...) Anyway, I hope your team wins. They sure started out great!

Ok! Since I left you a big-enough comment, on your last installment, to sink the Lusitania, I'll try to more merciful here. (I was commenting on the first time...what could I do?) Again, I haven't read the story prior to the last installment, so I don't know the storyline yet..

Great way to end this installment: Fine cliff hanger. And I like how you take us into Ranpha's past by slowly migrating from the comfortable now to the uncomfortable past, using italics in quotes for memory. (I suppose that's standard, but it's still very effective.) (All the graphic changes in such comics seem daunting.) Also, I love the details in his lab: What's that beige box, with the center dial and those red lights??? It looks like a radio from WWII---I love it! I know it's in the future, but it's a great design. (We had stuff like that, in our sound studios.)

Which brings me to all your designs: I can see why these take you forever! You have so much detail in each frame, and so much invention in the tools, instruments, panels, visuals, etc. I know some are repeated, but even in the repeated ones you have to re-angle, re-light, every time, right? One could spend an afternoon looking at all the stuff you pack into these frames. And I love the details like that chrome-like body suit (the woman farthest left, top frame---I don't know names yet), the coffee pot, the binding on the photo books, the caption on the cup, etc. In the lab, you have flasks and great lights and that sound meter thing, and a brain. (I always say, if you work for a guy who has a brain on his desk, get another job...) I like how you make his lab seem older, somehow---it's futuristic, but older. I can't comment on the story well, yet, but the visuals are terrific, and laid out extremely well. Yes this would take a lot of time---kudos for managing it all without finally throwing the whole thing out the window and drawing Daffy Duck. (He had it good, didn't he? A few lines, some wash, a hill in the background...life was so simple...) Consummately done, Rod, and I did get into the story more, and am curious what's coming next...

T-Rex says,"The frightening thing is this technology can not only be used to help amputees, it can be abused in so many ways (brain implants to turn people into obedient zombies)." I've got news for him, we already have them here in America! They are called "Republicans" (LOL). Anyway, glad my girls got there on time to help out in the forensics lab. I can see your team is going to have it's hands full for the next several installments. You and your wife have a happy and safe Halloween, Rod. 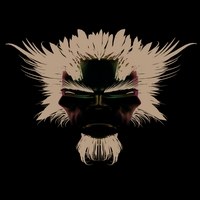 Splendid work - great characters, costumes and textures - and a fascinating story. Must have taken you hours!

Brilliant chapter my friend. I love reading the backstories and getting the details. It fleshes out the story and makes the characters that much deeper and richer. Great set of panels and overlays. The look you gave the younger Ranpha is awesome, not to mention that, ahem..., loose shirt. Oh yeah and the high heel boots. Anyway this guy seems to be a real douche bag and a dangerous character. He's very much an uber villain here, I suspect. He'd make a good partner with my own version of Dr. Cyber in the DC universe.

Also, though I'm not a huge Dr. Who fan, I couldn't help but to appreciate the DALEK paper weight on the table.

Sounds like there needs to be a 15 second extraction followed by a short hop to the edge of Devil's Tower. Great and very intense page love the back stories you create. Keep up the cool work

Well, dang! I saw this when you posted it, but I guess we were on the road that day, and I didn't comment. Sorry for the inexcusable delay.

It was great to see the first couple frames of this in production when we were there, and then to see the finished product posted. You did a great job showing the backstory, and of making Ranpha look exactly like herself only younger. 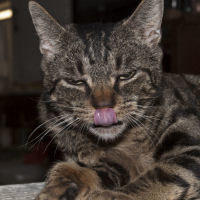 Only A Few Casualties - for Mark (Anahata.c)

Search For Past Life On Mars...