Fashion Advice: A Witch and His Faerie by nfredman ()

"Julian! Julian! Not wear that shirt!"

Ian had stepped out of the Master's Suite sitting room at Gotth Hall and off to the bathroom before they left, so now, of course, E would show up. With fashion advice. She zipped toward him and then hovered, a mighty worry pinching her tiny face.

Julian snorted. "Yeees?" He drew out the word. "Why not?"

"Not wear spells to party! All wrong!"

Julian looked down at the shirt. "It's a design. Not a real spell, E. And Alex got it for me."

"Dat spell not go with those pants!" She bobbed in the air, nearly knocking her new blue had off with her wings. For years, E had worn a very grubby sort of cross between a stetson and an Aussie hat. Somewhere, she'd acquired this new thing, all neon blue suede.

E just bobbed and waved her hands frantically, searching for the correct words, he supposed. English wasn't her first language. All that bobbing made her drop dust in sparkling loops. She didn't dust the way a pixie would, but it was still lighting up the room.

From the hallway, Ian called, "She's right, you know."

"Now you?" Julian spun around on his heel. "I thought you liked these pants? And these boots?"

He could hear Ian coming up the hall. "Yeah, I do. Pooky gave 'em to you because they show off the wares, so to speak. And the tee shirt because, well, you're his Witch. But seriously--" Ian finally got to the sitting room and leaned in the doorway, watching E bounce around in the air with that almost-smile he had. "The tee shirt covers up all the good stuff."

Julian blinked, his cheeks reddening. "That's the point. Not to be, uh, on display so much."

From down the hall, Julian could hear Carol and Adele giggling, having no doubt overheard them.

"What do you want from a forty-something ex-military Witch?" Julian grumbled to himself, scowling at both E and Ian.

Prodution Notes: M4 with my own character, and Sam texture; Fane pants with a Wayii texture and my own dynamic tee shirt (here at the Rendo store) with one of the Overclocked designs. V3 "Sarah Spriteling" as E, with Noggin's Butterfly doing the wings, and TailGunner togs. Christmas Nook set from Jack Tomalin (at DAZ). Hair, magic, and a bit of mood enhancement done in post.

Magnificent work! The render is wonderful and the story is fantastic. 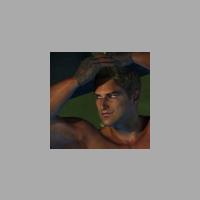 Lol cute scene, and btw, I love those shirt textures, just sad they're dynamic only. 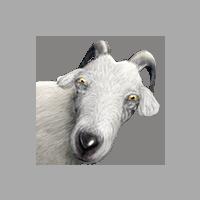 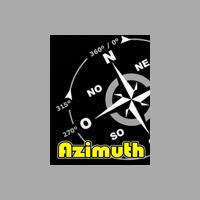 I love the character, the lighting and the mood, great image !