Julia went to the box and opened a panel on it. Sweating with fear and from the warm room she wiped her brow and removed her lab coat and then her blouse.

“Time is of the essence Julia.” Batman said. Behind the panel cover there was a keypad with numbers and letters and a small LCD monitor. She typed on the keypad. “What are you doing?” Batman asked.

“I'm accessing the abort menu. Now I just need her password.” Her fingers flew over the keypad to repeated failures. A timer showed a countdown in just under a minute. “Oh Crap! I don't know!”

“Be calm and think.” Batman encouraged.

“Okay, you can try a little quicker now.” Batman encouraged with a heightened voice as he eyed the countdown.

Julia tried again, fail. And then again, fail and then again....Green light. “Yes!” She exclaimed. Her fingers moved over the keypad again and the beeping and countdown stopped, showing 11 seconds to spare.

“Nice work.” Batman breathed. But now a groaning sound could be heard from below as water added it's weight to the ruined computer room. “We have to move to the upper lab. Now!” Batman grabbed the heavy metal case with the brain and pushed Julia ahead of him to the way out.

They made it to the main lab that was part of the original blueprints and Batman put the brain box aside and turned to Julia.

“Why would she do this, doesn't she need the brain?”

“This brain is a backup. I'm guessing Cyber doesn't want a way out anymore. She must feel she can master Diana and doesn't want a chance of escape. For her or for Diana. She's become rather extreme.”

“You think!?” Batman's tone was filled with sarcasm. “We need that lab if we're going to save Diana.” He paused momentarily to think. They must have used existing plumbing and added on to it to make the flood pipe. He opened a utility room in this lab and noted the water pipes. He went to a terminal in the room and accessed the waterworks for the facility. He saw the flow on the onscreen schematic and shut it down from the source. This shut off water to the building, but that would have to do until it could be fixed.

Batman went back to the lower lab to look. He heard the groaning of metal as he peered into the lower lab half way down the steps. The room was already half full of water. Sparks popped and computer monitors blinked off and on. The groaning got louder and then he heard the unmistakable sound of cables snapping. He leaped up the steps just as they were being pulled away from beneath him.

There was a great crash and din of noise as the two rooms crashed fifty feet below into Level 1. The top lab shook, but held. It was built into a bedrock shelf.

Julia edged over to the shadowy figure. “Um...There is another facility Cyber...er, Scorn has. It is for one person for transfer to a positron brain.”

“The main secure facility where she made her first mech, Arc Angel. I don't know where, I've never been there, but I know it's in between here and Metropolis and in an abandoned research facility, of some sort.”

Julia continued. “Arc Angel was her first successful human mind transfer to a fully cybernetic brain. Tank was the first full cyborg, but he still has a human brain augmented with cybernetic enhancements. In fact he still has his head and some of his upper torso and organs, including his heart and lungs. They're all protected in a casement and enhanced, but he is still the most true human of the mechs. Cyber was always concerned that Tank could undo his programming through human will. She knew the human brain held too many variables, so she embarked on the full cybernetic version of a positronic brain so she could enact full control over her servants and army.”

Julia shrank from his look. “Well, her ultimate goal was to have an army of mechs under her control, but I know nothing about that. She said she started that plan almost two decades ago, but she still needed to perfect the brains. And that is what this project has been about.” “Tell me about Tank.” Batman asked. “Well, he was the real first. The Doctor found him, a paraplegic, and offered to be able to make him walk again. He was the first real test for integration of cybernetics and human physiology. He's a true cyborg. His brain has been augmented with parts of the positron matrix, but his emotions and memories are still truly his.” “What do you mean truly his?” Batman inquired. “Well, according to the Doctor, bodily chemicals are part of the equation for human emotion. Whenever we “feel” something, chemicals are released in our brains and all over our bodies. She did not want mindless robots. She wanted intelligent and free thinking soldiers that could make judgments in the field that were not completely dictated by logic. The human equation defies logic.” “Indeed it does.” Batman agreed. “Go on.” “Tank's enhancements enable him to access more of his brain and compute complicated equations. But those enhancements have loyalty to the doctor added in. Despite the success, Cyber worried that Tank's humanity would eventually override anything she programmed into him and so, tried to treat him with care and go out of way to show some kind of respect to him. Which is quite a feat for the Doctor, I mean, she can be condescending without even realizing it. But with the positronic brains of the others, she was confident in their loyalty. If they disobeyed, they would simply shut down.” “I need to know more about this, but we're running out of time in here. So what is this sabbatical about and where is she going?” Julia frowned again. “I swear I don't know where she's going or what it is about, but she was supposed to get me a body of a beautiful woman and transfer my mind to the new body.” As she said this, Julia truly looked disgusted by what she said. She turned completely depressed and had to sit down. “I can't believe I let it come to this.” She shook her head. “I know I'm not beautiful, but I used to be happy. When I started working for Dr. Bryce, I thought I had made the big time. She slowly manipulated me. She made me feel as ugly as she felt. When she finally revealed who and what she was, I was genuinely sympathetic. I let her convince me I was ugly and she was the only one who could fix it. I've never felt so ashamed.” And she half sat, half collapsed against a table next to the chair. Bruce saw sincerity and softened a little. “That's how all the best manipulators work. Find a weak point, gain trust and twist. And just so you know, you are not ugly.” Julia gave a sheepish smile. “Now what happened to the Manacles of Hephaestus?” “Oh, yes. They were packed in a special briefcase and she took them.” Batman stood again, brooding. As he did, voices could be heard coming from the next room. Soon armed and armored security came in quickly followed by Lucius Fox. The sergeant in charge pointed his weapon at Julia. She nearly freaked and almost fell from her chair. The tall and aging Lucius Fox put his hand on the man's weapon and pushed it down. “Now, now sergeant. No need for that here.” And he walked up to Julia. “What is going on Miss Locke.” That's enough for tonight. I'll post the rest on Sunday and you can finally meet Bruce Wayne and Lucius Fox. Thanks for looking!

Masterful writing my friend... and I love the render. She certainly is not ugly.

good image with good use of light

Another amazing image that go's with this beautiful story my friend.

Nicely written and rendered...sitting on the edge of my chair!

Excellent use of light - it really focuses on Batman and Julia. Superbly done, Art - and I haven't even gotten to the writing, yet.... Which is excellent, of course! Brilliant work, bro!

Fantastic illustration! As always, your words are wonderful too, but you have a real gift also for marrying the image to the words perfectly. You really could make a go of comic and/or graphic novel art. GREAT work!! :) 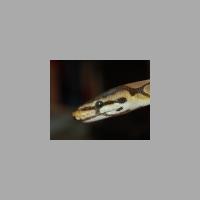