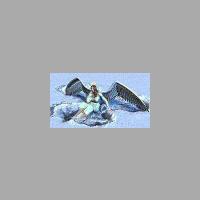 Over the Western Pacific, Early 1947

This is my first venture into an aviation theme. It depicts a scene from an alternate history in which the Pacific Theatre of World War Two does not progress as well for the United States and long range bombers are put into service that can reach the Japanese mainland from Hawaii.

Development of what would become the B-36 began in 1941, but faced delays. The first B-36 flight did not occur until a year after the war ended (in our time-line).

Stripped of armament for a reconnaissance mission, this B-36 is normally flying too high and too fast for enemy fighters to reach it before flying out of range. But an engine fire has crippled the giant aircraft. Compounding its misfortune, two high-performance KyÅ«shÅ« J7W1 Shindens have found their prey.

I made a few minor modifications to richmoto's B-36: hiding the jet pods so that it would resemble the B-36A configuration, adding prop-blurs and changing the texture to remove the SAC insignia.

Rendered with Poser 6. I would like to improve on the smoke trail and engine fire. 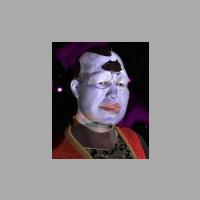 the Japanese were working on jets, an engine provided by the Nazis was available to them. I saw something on one of the cable channels about it. Great pic.

We are not the droids