Burglary in Progress by MollyFootman ()

"There's a lot more in here than the papers that the boss wants, Jonesy," Dhani muttered.

"Don't matter. Take the papers. Close the safe. Split," Jonesy replied. "The boss don't want anything else and it it won't do to cross her."

Unseen to the two thieves, the Dark stealthily approached and listened to the exchange. She knew her optical camouflage wasn't perfect but would likely protect her from notice in the darkened room; so long as it's power source lasted; which was usually less than five minutes; and, she had it engaged now for nearly four. "Are you getting all this?" she mentally messaged to her companion AI. "Affirmative. You do know your optical camo is nearly exhausted, yes?" the AI replied. The Dark rolled her eyes and continued to observe the two thieves.

Molly's art notes: Set up and rendered in Poser 12.0.306 using the Firefly rendering engine. The Dark is an original character based on the GND4.3 version of V4. In this case, she has been textured with glass to provide the optical camouflage effect. Dhani (thug on left) is based on L'Homme. Jonesy (thug on right) is based on M4. Everything you see was legally acquired and I can point you to the vendors if you are interested in having it for your own library.

The Art of Thievery 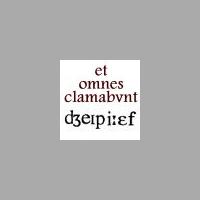 What a great scene. And story to accompany it!

There's a handy chair for her to hide behind when the power for her optical camo runs out. It's better than nothing!

I'm glad you enjoyed it, John. I rather like the Dark and will probably share more pictures of her both with and without her optical camouflage activated.😊

Dramatic and well designed scene. I completely missed noticing the 'invisible' character at first. Need to read the story to have a clue as to what is going on.

Thank you for your kind words. As you say, I'm not an artist as much as an illustrator and my pictures are usually meant to be illustrations for stories I tell. That's why I shared the story and I agree that the picture really stands on pretty tenuous ground if viewed without reading the story.

I really appreciate that you took a moment to share your thoughts about it! 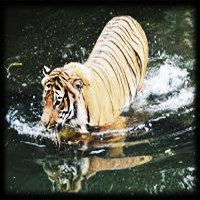 Camouflage, technically fit for the story but actually this is the way it leaves from body, my an old info, they don't see it, but she sees everything! Not dream, this is the soul moving in the real world, while the body is asleep and yes, some movement can go to such a level, good work.

I'm grateful you took time to leave me a comment and am very pleased that you see so much to relate to in a picture that I was thinking was just an illustration for a story! Thank you!

Thank you for you kind words, Anne! I'm glad that you enjoy the picture and story enough to comment. :)

Beta of the Envoys prepares to scout