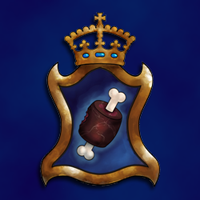 I make comics and draw stuff. Sometimes I make brushes and backgrounds and other potentially useful things.

A quick test of the Priest monster from that Silent Hill comic thing I'm doing. I figured since I was done with the script and all maybe I, uh, better start working on the monsters. D'oh.

For a while, I goofed around with actually trying to render the monsters themselves in Poser. This didn't work very well, especially with the Crawler, because they ended up looking like... well, like Poser figures with parts hidden or joints twisted all out of whack--and I don't even want to think about what kind of surgery I would have had to do on David or Don to produce the male Mannequin I'm going to be putting in.

Just for the hell of it, I tried repainting the critters over the renders, then scrapping the renders. That worked much better. Also, it didn't so much matter if I couldn't make the joints look like they're supposed to bend that way or find the perfect bit of ratty clothing to put on the clothed ones--this guy used to be Don in the kimono off the P5 content CD--because I can just paint it the way it's s'posed to look. 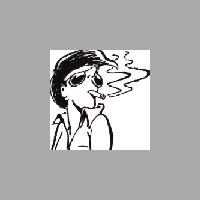 Tres cool! I really like this guy!! Has a nice Silent Hill/Jacobs Ladder/Floria Sigesmundi thing going on!