I spent my working life as a dealership specialty technician. When I was younger, I built drag cars and campaigned a stock car at a local track. Alas the car and track are long gone. In my retirement, I have pursued the hobbies of rendering 3d artworks and overcoming cancer. My weird sense of humor has helped me through life's little obstacles. I render and post when I can. The rest of the time I lurk in the background and admire everybody else's artwork. Just because you don't hear from me doesn't mean I'm not around. Have a great and healthy life!

Members of the VFW Post in Strongsville, Ohio were outraged when they learned that the Department of Veterans Affairs, which runs the Ohio Western Reserve National Cemetery in Rittman, Ohio, had removed a Battlefield Cross because of a complaint that it included the depiction of a realistic looking gun.
Another case of someone who has no idea of the signifigance of a memorial monument disrespecting the sacrifice it represents. The bureaucrats at the Department of Veterans Affairs needs to be replaced by more Veterans and less unknowledgable people,\. STOP DISHONORING OUR VETERANS. Those who have never given anything to insure our freedom need to learn to think before they act!

Unfortunately the disrespect flows for the top... like something else the "pussy grabber & chief" is full of... remember how he treated vets and their families during the elections!

You would think that the Department of Veterans affairs would explain the significance of the battlefield cross to the ignorant individual who complained that it had the likeness of a gun included. Obviously, the person who complained had no idea of the sacrifice it represented. There are way too many people who want to destroy our heritage for the satisfaction of having heir own way. They forget that they have the veterans to thank for their right to whine about everything.

zaqxsw thanks for viewing and commenting. Too few care 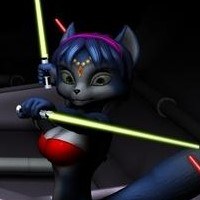 Yeah, some baby got their feels hurt, and some kindred soul at the VA agreed with them. I can assure you, this soulless individual at the VA was most likely hired during the Obama years. I see this getting reversed.

Snowflakes, antifa, whatever - spoiled brats who want to force their will on others. They all need at least one good spanking each, and that includes that treacherous George Soros, Obama and Clinton. Disrespectful the whole bunch. Here in Europe, many have a hard time understanding what the crap is all about. Except Hungary and Russia who have a price on Soro's head (betrayal of Jews and crimes against humanity).

I'm sorry about the soap box, BUT, ENOUGH IS ENOUGH. Americans don't seem to respect anything anymore. I'm 70 years old. If I had acted like some of these young people, I would have been ostracised from society, or worse. The younger generation has had too much handed to them. If they don't get their way, they protest over stupid stuff. The important issues seem to be ignored. Please pardon any spelling mistakes. I know that there are trolls out there just waiting to make an issue out of my misspelling.

I JUST GOT IT