Bruce Wayne had a hand in designing many of his buildings. The more high tech and sensitive, the more involved he was. Secure and secret ways in and out as well as hidden and false rooms were included that only he and a few others would know about. Silent and under cover of darkness and shadow, he and Diana landed on the roof of the Bio/Cyber Research Lab. His head cover had communications linked in with his homebase, the batcave, as well as local security and the police channels. Upon landing a comm was heard from the local security.

“Base, I believe Batman has been sited along with another unknown figure.”
“This is base, copy that, notification to certain parties will be done.”

A moment passed and a communique' came into Bruce's ear. “This is WE TIP Security to Bruce Wayne. Please acknowledge.”

“Batman and another unknown spotted at the Bio/Cyber lab.”

“I hear ya Brett. It's okay. But see if you can get a detail on the unknown. Keep your guards in place until Bats gives a signal. He notified me personally.”

Diana watched Bruce during this little charade and had a smirk on her face. “ You sure work hard to keep this ruse up.”

“Too many people could get hurt if the wrong people knew that I was really Batman. Imagine what the Joker could have done to people I know and the industries I've built.”

“Believe me, I get it. But your resourcefulness always amazes.” She smiled.

“Now it's your turn to hand out compliments? Thanks.” He replied. “There's a secret door here that will take us into a janitor's closet on the top floor of the entry gallery. From there we should be able to assess if there are any intruders without being detected.”

He opened the door and they both slipped in. “Geez!” Exclaimed Diana. “A little cramped here.” Their bodies were pressed close when they got into the tiny room that was occupied by a sink, mops and cleaning supplies along with a floor waxer.

“It is called a janitor's CLOSET for a reason.” Bruce answered curtly. He pressed on the door door and the upper half was revealed to be a one way viewing port. They had a clear view of the upper level all around and part of the floor level. The lights were low and dim because of overnight hours. They saw one person in a militaristic outfit that was not part of local security. And then he saw two of his own guards gagged and tied up in a corner. As the strange intruder walked away from them the two heroes silently exited the closet and crept up on the intruder.

He carried an automatic rifle wore a helmet and appeared lightly armored. Batman came from behind and gripped him over the mouth and around the neck. He squeezed hard and twisted and the man quickly went unconscious. They scanned the entrance gallery and saw no other intruders. The two guards were unconscious, but Diana removed the gags and bonds. When they woke up they'd have to fend for themselves unless her and Bruce could wrap this up quick.

“Let's get to the second level and enter the next hall from there.” Bruce said.

In silence the two moved along the upper catwalk then Bruce followed by Diana went over the edge to the next catwalk below. They reached a glass door and peered through. They saw another intruder guard on this level but could not get a look at the floor level. The guard was walking and looking about, obviously keeping watch. When he turned they slipped in. That's when the hidden guard stepped from the shadow.

“Halt!!” The other guard turned then. Batman went for the guard from the shadow and Wonder Woman was on top of the first guard in a blink. The hidden guard went down in one punch and Wonder Woman gave sidekick to the first guard who ended up draped over the railing. Now other voices could be hear from below. Without hesitating the two looked over the railing and assessed the situation as they jumped. They landed and Diana spun her staff with amazing speed taking out one of the guards and sending him sprawling onto a rolling utility cart. Batman advanced with a right, a left and a sidekick to another while Diana laid out one with another swipe of her staff. They continued forward and two more jumped out from side corridors. One got his rifle up and fired at Diana. She deflected the bullets with her silver wrist bands forged by Hephaestus and then spun the staff so quickly it became a blur, not allowing any of the automatic fire to get past. With a slight change in angle the staff struck out sending the offending intrude backwards into a wall. Meanwhile Bruce took out the other with another one two before the guard could shoot. There was silence for a moment and the two looked around and saw no one else. Bruce's com crackled and the security base was heard. “We have been notified that shots have been fired, does anyone need assistance?” “This is Batman. Negative on the assistance. Wonder Woman is with me and we have control.” “Acknowledged Batman, we will stay in place and await instruction.” “Affirmative.” Diana turned to Bruce, “Did that seem a little too easy to you?” “Way too easy. Would someone be expecting you?” Bruce replied. “It's hard to say. Leaving Hespira the way they did, may have been a lure to bring me here. I'd assume they would be expecting you too, considering a break in to Wayne industries and Batman's not so secret, secret friendship with Bruce Wayne.” “This is a trap. Get ready.” He said. Before he even finished that sentence the regular lights went off with a click and the red emergency lights came on with a loud and echoing “POCH!” Next they heard the heavy thump of something coming from the lobby entrance they had bypassed. Heavy metal on tiled floor, like something of large size walking. They turned back to the way they had come and were genuinely shocked at what they saw. I'm going to TRY to do a weekly installment of this story, more if I can. I have the story outlined in my head, so we'll see what happens. Thanks for stopping by. Join us next week for another installment, same Bat channel. The setting is the very cool Spy Pack that comes with Poser 2014 or maybe earlier. I was surprised to find such an extensive amount of props that were so cool that came with the software. The soldiers and outfits are Poser's Ryan and the costumes that come with Poser for Ryan. Batman's suit is Xurge 3D and the cape is Sshodan's with a transparency made by me for the bottom of the cape. His head piece was a freebie from ShareCG.

Holy wipeout, Batman..... this is most excellent, Art! Sounds like Batman and Wonder Woman have a slight problem - but I'm sure between the two of them, they'll handle things, but if they need backup, I'll give them the T.N.A. Girls' number! Can't wait for the next Bat-episode! 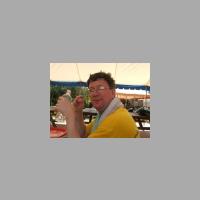 Very cool writing and scene, love the lighting here! And of course the cool characters and posing!

Very cool image and I am enjoying the story. Excellent!

Very cool. I love the atmosphere!

Dynamic and exciting render, really getting curios as to what direction your going to allow the story to evolve in.

I can hear Christian Bale's voice in my head when I read Batman's dialogue :) What awaits them?