Batman and Wonder Woman took in the scene in a moment. A large mech with four legs moved forward. It reminded both of them of a four legged spider or crab. The upper body torso looked and even moved like a human and it had a large metallic head that was more like an elongated helmet. It almost looked like an armored human on top of a special transport device, but the torso and head were a bit large and there was no place for human legs. Arms branched off the torso where one would expect, but instead of hands the arms ended in what could only be taken as some sort of gun. And they were very large guns that glowed. The whole figure glowed and emitted lights from various places along the body.

“What in Hades is that!” Diana exclaimed.

“It's nothing I've seen or authorized.”

By the time the two heroes had turned and assessed the situation the large mech had moved forward and leveled one of its guns at Diana. Bruce and Diana both sprung to action as the mech discharged what looked like ball lightning in the direction of Diana. She leaped and it missed, but it had discharged another ball, after adjusting it's aim, immediately after the first. The ball of energy struck Diana and spread over her like a blanket of swirling lightning. Her mouth opened in a scream, but no sound came out. Her body went stiff and her back arched and in a few moments she went unconscious.

Bruce didn't have time to watch because the other weapon trained on him. Using the same method, it shot one ball of energy then seemed to anticipate his reaction and shot another that struck him full in the chest. The energy washed over him. All he could see was blue light and feel pain that was so great it barely registered in his brain. His comm and other electronics in his suit went haywire, but his suit was designed to shield him from cold, heat and even electricity to some degree. The energy from the mech's guns was too much. His suit protected him from passing out, but he was dazed and unable to move or speak. He heard a broken and garbled voice come through his comm, but could not understand what was said.

As he laid there motionless he could just see Diana. She looked to be out cold. Then he heard booted footsteps, they sounded like metal boots, then a woman's voice.

“Well done Tank. Stand down and I'll take it from here. Return to the shield level, my assistants will move these two to the Positron lab.”

An electronic sounding voice replied. “As you wish my lady.” Heavy sounding steps could be heard coming near, Bruce could just make out the mech stepping over and passing by them. He heard the woman speak again as the garbled and crackling voice in his comm repeated what was probably a question from his own security base.

“This is Dr. Lavinnia Bryce. Tell the guards to stand down. We had a malfunction that set off the alarm and everything is under control. Authorization LB 732 OK.”

Besides hearing her talk right there, next to him, Bruce could hear this coming through his own comm and could hear it was clearing up. The residual static from the shock was disipating from the suit. The reply he heard came through clear. “Acknowledged Dr. Bryce. Standing down. Any word on Batman or Wonder Woman?”

“Yes. They have been informed and have already left. I will inform Mr. Wayne myself.”

“Acknowledged. This is base, out.”

This was not good, he thought and on top of that he was fading. As he was finally blacking out, he heard the sound of rolling wheels on tiles and then the sense of being picked up and strapped onto a gurney or what he assumed was a gurney. The last thing he heard was: “Are you gonna take his mask off Doc?” An unidentified male voice. “No. That honor is going to my partner. He should be here by tomorrow night, assuming his girlfriend doesn't balk at breaking him out of the asylum.” Bruce had an overwhelming sense of urgency when he heard that, but there was nothing he could do. If he did not contact Alfred soon then Alfred would send Jason. He hoped, and then all went black. The mech is the BEO Quad by mighty_mestophales, Sequestrian, tealiDragon over at DAZ. Thanks for stopping by, that's it for the story this week. Next week's installment is already underway. So, you know, same Bat...yadda, yadda. Characters are owned by DC comics. Reproduced here for art and entertainment. Batman Created by Bob Kane and Wonder Woman created by William Moulton Marston. Original storyline by me, Arthur Dorety.

the lighting really is well done, and a great job with pov and characters. 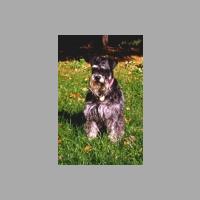 Well done image and a fun story. Keep up the good work.

Just freaking fantastic, Art! The story is great, and your artwork is outstanding! Wow! I think I have an idea who the 'partner' and especially his girlfriend might be.... I'll await you next episode anxiously! Brilliant sci-fi, my friend!

Love the lighting in this one!

Though I'm not 100% with DC, I'm guessing that it's Joker and Harley? Sounds like enough for the Bat to be worried!

Dynamic scene and tense writing. The description of the lightning weapon and it's effects are very well done! One has to wonder what comes next. The red glow gives this scene a sinister feel.