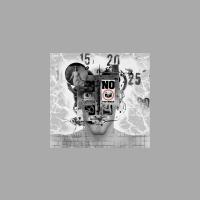 Resume experts say that what counts most is what one has been doing in the last 10 years.
In this case, my resume would be extremely poor since I have limited myself to keep on working on what I accumulated in the 50 previous years. I have been involved in the movie, television and theater business. You know- movies and television screenwriting; stage plays, documentary and feature films directing; movies and television editing, and other other things in the same fields or styles.
In other words, I have turned into a teacher who gives classes on aspects that supposedly stopped being important 10 years ago.
I am already 60 years old and had many things _ themes_ left for doing in the fields of movies and TV. That's why, I think that it´s a blessing to have found the possibility of expressing my worries throughout the CG grahics environments also. Actually, it wasnt long ago, less than 2 years, that I started exercising in Poser, cinema 4D, Vue, and I still continue learning every day a bit more.
Perhaps, most of you have already noticed that my visual universes are unforeseeable, exchangeable, capricious and somehow polemic. I am this way also. And that I can journey also from the most sublime thing to the ridiculous one in fractions of seconds.
Those who believe in astrology would say that it is because I am a Gemini; maybe, they´re right. But, I am more inclined to think that it is because of some screw that it is missing in my head, or to that the child inside of me keeps on fighting to turn into an adult person, someday. Who knows!
I am a Cuban citizen who resides in Colombia for the last 15 years. I do not dominate English language as well as I´d like to, so I apologize in advance if sometimes I do not manage to express correctly my ideas.
Thanks for having arrived up to my Homepage; I hope you´d enjoy a bit my works. Any constructive comment is always well received.
Thank you all for taking the time to visit.