Not a whole lot more to say on this, so we're leaving it as is for the moment.

My friends who know about my four cats insist I'm becoming a crazy cat lady, but I've always been practical about the number I can support in the space I have to offer. All of them are rescues, from one situation or another — one had been abandoned in a restaurant parking lot, the other was the last of a litter born on a farm and when the family that owned her couldnt find a home, they just let her loose — at six weeks — to survive as best she could. Now, all four of them are sheltered and spoiled and, each in her own way, appreciative. And that's what matters.

Right now, there are more refugees on this planet than ever before. That's not just a question of increasing population over the centuries. It's also a reflection of percentage of population. And the situation for all can be laid directly at the feet of a handful of power-hungry men (and yes, guys, it's pretty much all men) who dont care about the effects of their power-grabs. One country's leader has delightedly bombed his population almost out of existence just so he can live the life to which he has now become accustomed. Another delights in selling the armament around the globe that keeps these madmen in power, and he sells it to all sides, just so his country's armament suppliers can make bank off it... but when the refugees escaping his blue light sales come knocking at his door, looking for safety, he shunts them off and accuses them of being "very bad people".

It's an irony we somehow ignore.

Thing is, everyone is affected by this: men, women, straight, gay, Christian, Muslim, Jewish — and these handful in power dont seem to care. They're protected — as they always have been throughout history — and they'd much rather see their solid gold toilets in their solid gold condos than even think for a second about the thousands who've made those toilets and those condos possible.

And oddly enough, we continue to allow it to happen. The reasons for such inanity are long in number and essentially self-serving, if a bit delusional. But we do. And we will pass all those on the streets who've been put there thanks to these "leaders" and snub them off as lazy and unwilling to get off their asses to find a job.

I dont know how to fix such an enormous problem. I dont think anyone does, to be honest. It's too big and too global and depends on political will that no one dares put out there during these maddeningly conservative times. And so the problem simply gets worse. As a result, all people like Eddie and André can do is protect the ones in their care as best they cane — and hope that others will do the same. It's not much, but it's better than nothing at all...

We're going to leave this for a bit, but I'm sure we'll come back to it later. Eddie's global influence has made him a target a couple of times before, and with things as they are, there's no reason to think he and André are going to ever fully escape it. But for the moment, let's let them enjoy what they can do to make the world a slightly better place — and perhaps think about what we can do as well. 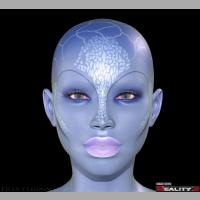